Poverty and Well-Being in East Africa 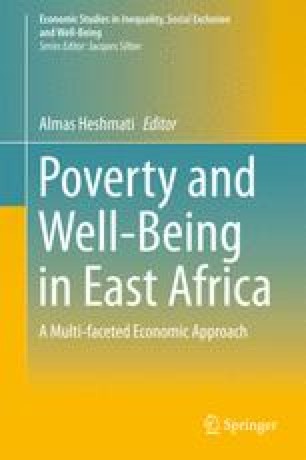 Expressions for the Marginal Budget Shares and Expenditure Elasticities

For both groups of households, the marginal budget share and expenditure elasticities are computed based on the following formula which can be easily derived.

Cite this chapter as:
Gebregziabher K.G. (2016) The Impact of International Remittances on Expenditure Patterns of Urban Households in Ethiopia. In: Heshmati A. (eds) Poverty and Well-Being in East Africa. Economic Studies in Inequality, Social Exclusion and Well-Being. Springer, Cham