Epigenetics, the Environment, and Children’s Health Across Lifespans 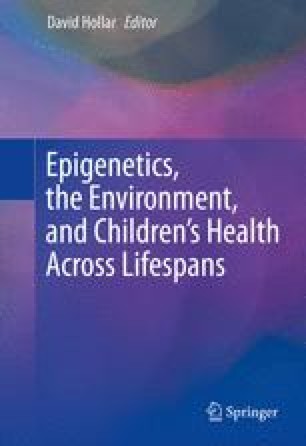 Epigenetics, the Environment, and Children’s Health Across Lifespans pp 159-206 | Cite as

What Is the Risk? Dental Amalgam, Mercury Exposure, and Human Health Risks Throughout the Life Span

All dental amalgam fillings contain approximately 50 % elemental mercury by weight. Concerns about health risks due to continual emissions of mercury vapor from this tooth restorative material have been addressed by dentists, scientists, and government authorities worldwide and have resulted in a range of recommended practices and regulations. By reviewing articles collected by a literature search of the International Academy of Oral Medicine and Toxicology (IAOMT) database and the PubMed database, we identify health risks associated with dental mercury amalgam. We present the science of potential harm as applicable to the general population, pregnant women, fetuses, children, and dental professionals. We specifically address genetic predispositions, mercury allergies, Alzheimer’s disease, multiple sclerosis, amyotrophic lateral sclerosis, and other health conditions pertinent to dental mercury exposure. We conclude that reviews and studies of dental amalgam mercury risk should assess biocompatibility with special consideration for all populations and all risk factors.

Multiple Sclerosis Autism Spectrum Disorder Amyotrophic Lateral Sclerosis Chronic Fatigue Syndrome Mercury Level
These keywords were added by machine and not by the authors. This process is experimental and the keywords may be updated as the learning algorithm improves.
This is a preview of subscription content, log in to check access.

Minimal funding for administrative costs of this work was provided by the International Academy of Oral Medicine and Toxicology (IAOMT). However, the views expressed in this publication do not necessarily reflect the views of the IAOMT, its Executive Council, Scientific Advisory Board, administration, membership, employees, contractors, etc.

The authors of this review are affiliated with the IAOMT in the following capacities: Dr. John Kall is the Chairperson of the Board and Accredited Master of the IAOMT, Amanda Just is the Program Director and a writer and researcher for the IAOMT, and Dr. Michael Aschner is a member of the Scientific Advisory Board for the IAOMT. Dr. Aschner was supported in part by grants from the NIH R01 ES07331 and R01 ES020852

Portions of this document were adapted from two documents created by the IAOMT:

The authors also wish to thank the Executive Council, Scientific Advisory Board, and the administration and membership of the IAOMT, especially Dr. Boyd Haley; James Love, Esq.; Dr. William Virtue; Dr. Kindal Robertson; and Dr. Phillip Sukel, for their research and writings that led to the publication of this article.

Immunoglobulin G, the most common type of antibodies in the blood

Metallothionein, a protein that is low in molecular weight and cysteine-rich