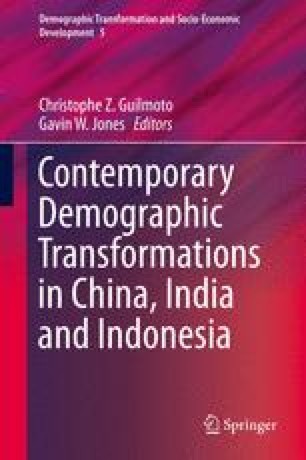 India has experienced large changes, both relative and absolute, in the education of her population in recent decades. Literacy levels have been steadily rising. During the last decade alone, it is estimated that the number of out-of-school children has been reduced by as much as 17 million. However, not least due to sheer population size, India continues to contribute a large share to global levels of non-enrolment and other areas of concern in global educational development. In particular, while socio-economic and regional inequality are of course also present in other countries, the educational development trajectory of India is something of an outlier among large emerging economies in terms of its persistent and deep polarisation. The present study attempts to trace India’s educational development during recent decades by juxtaposing statistical data from a wide variety of sources, including census aggregates, administrative school statistics, the school census, and various household surveys. With their different underlying education measures (literacy, enrolment, attainment) and different methodologies, complete agreement between these sources cannot be expected. Nevertheless, analysing their points of agreement as well as their inconsistencies can only improve our understanding of the underlying educational trends. Where possible, micro-data are analysed within a household and/or family context, to gain insights on intergenerational transmission of education, and its evolution over time. Results from the most recent 2011 national census are analysed in this context of existing trends. This includes census estimates of literacy rates and their gender differentials.

National Sample Survey Female Literacy Adult Literacy Rate High Education Expansion Indian Human Development Survey
These keywords were added by machine and not by the authors. This process is experimental and the keywords may be updated as the learning algorithm improves.
This is a preview of subscription content, log in to check access.

The author wishes to acknowledge the Indian Ministry of Statistics and Programme Implementation that provided the data for the Integrated Public Use Microdata Series, International: Version 6.3 [Machine-readable database]. Minneapolis: Minnesota Population Center, University of Minnesota, 2014.