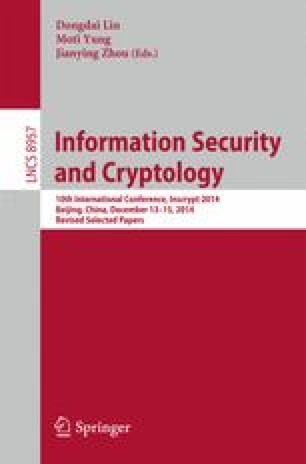 The wide availability of inexpensive positioning systems made it possible to embed them into smartphones and other personal devices. This marked the beginning of location-aware applications, where users request personalized services based on their geographic position. The location of a user is, however, highly sensitive information: the user’s privacy can be preserved if only the minimum amount of information needed to provide the service is disclosed at any time. While some applications, such as navigation systems, are based on the users’ movements and therefore require constant tracking, others only require knowledge of the user’s position in relation to a set of points or areas of interest. In this paper we focus on the latter kind of services, where location information is essentially used to determine membership in one or more geographic sets. We address this problem using Bloom Filters (BF), a compact data structure for representing sets. In particular, we present an extension of the original Bloom filter idea: the Spatial Bloom Filter (SBF). SBF’s are designed to manage spatial and geographical information in a space efficient way, and are well-suited for enabling privacy in location-aware applications. We show this by providing two multi-party protocols for privacy-preserving computation of location information, based on the known homomorphic properties of public key encryption schemes. The protocols keep the user’s exact position private, but allow the provider of the service to learn when the user is close to specific points of interest, or inside predefined areas. At the same time, the points and areas of interest remain oblivious to the user.

L. Calderoni—Part of this research work was accomplished while visiting the Parallel and Distributed Systems group of Delft University of Technology (The Netherlands).

The authors would like to acknowledge Marco Miani for the code used in producing Fig. 4. 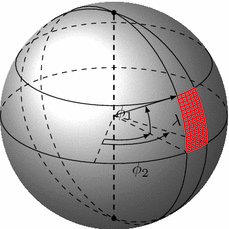 B More on Spatial Representation

The most natural spatial representation for Earth is the standard geographic coordinate system. In the geographic coordinate system every location on Earth can be specified by using a set of values, called coordinates. Standard coordinates are latitude, longitude and elevation. For the purposes of this work we focus on longitude and latitude only, as the combination of these two components is enough to determine the position of any point on the planet (excluding elevation or depth). The whole Earth is divided with 180 parallels and 360 meridians; the plotted grid resulting on the surface is known as the graticule (Fig. 4).

Longitude (lng) and latitude (lat) can be stored and represented according to several formats. In the following we use the decimal degrees plus/minus format, where latitude is positive if it is north of the equator (negative otherwise), and longitude is positive if it is east of the prime meridian (negative otherwise); for instance, \(31.456764^\circ \) (lat) and \(-85.887734^\circ \) (lng) are two possible values.

Using a fixed precision in longitude and latitude (that is, choosing a fixed number of decimal points for their values) allows us to easily divide the planet’s surface into a discrete grid. Since meridians get closer as they converge the poles, as can be seen in Fig. 4, the portions of the Earth’s surface defined by such a grid have varying areas depending on their position (Table 2). While the construction proposed in the following is not dependent on the size or shape of the regions, for simplicity in the discussion it is reasonable to approximate such portions to rectangles and assume they have the same area.
Table 2.

In actual applications, the precision in decimal points for longitude and latitude should reflect the expected error of the device or sensor used for learning the location information. The precision and accuracy of mobile devices in determining their geographic position were proved to vary considerably depending on the context (urban areas, rural areas, etc.) [20].

In a detailed experiment on the accuracy of GPS sensors installed on mobile devices, Blum et al. show that the location is reported with a precision varying from 10 to 60 meters, depending on the device orientation and type, and, in cities, on the surrounding buildings [3]. Hence, when designing a system based on mobile devices it would reasonable to consider regions with sides tens of meters long.