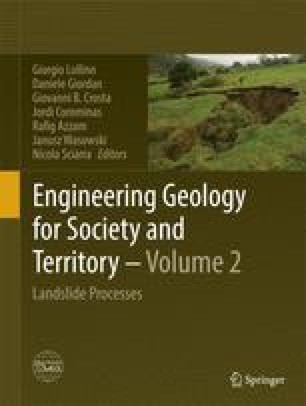 The Thompson River, south of Ashcroft, British Columbia, Canada is a particularly unique area where complex glacial geology, active geomorphic processes and critical infrastructure (both major national rail lines—CPR and CN) intersect with and are affected by a long history of slope instability. Well documented landslides along a +10 km stretch of the valley have been impacting infrastructure as far back as the 19th century. The Ripley landslide is a small slow moving translational failure that is known to have been active since 1951. It poses a hazard to the onsite infrastructure since both the CN and CPR tracks run adjacent to each other along the entire breadth of the landslide. The economic repercussions of severing both railways here would be pronounced. In response to this threat, an extensive suite of monitoring technology is now being applied that includes: traditional applications including permanent monitoring using GPS stations and piezometers; subsurface investigations involving drilling and shallow seismic surveys; the adoption of novel technologies such as linear fibre optic sensing and vertical subsurface ShapeAccelArray (SAA) inclinometry, the installation of corner reflectors for satellite based (RADARSAT-2) interferometry and the deployment of ground-based SAR and LiDAR for ongoing quantitative assessment. Herein we summarize the collective efforts associated with this extensive array of instrumentation and monitoring studies being undertaken to better manage this and other landslide hazards in Canada and elsewhere.

We gratefully recognize the direct financial support and in-kind contributions provided by the Government of Canada through Transport Canada, Natural Resources Canada and NSERC, Government of China through the China Geological Survey, Canadian National Railway, Canadian Pacific Railway and the University of Alberta..