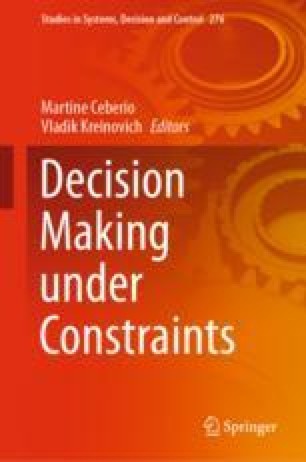 This work was supported in part by the National Science Foundation grants HRD-0734825 and HRD-1242122 (Cyber-ShARE Center of Excellence) and DUE-0926721, and by an award “UTEP and Prudential Actuarial Science Academy and Pipeline Initiative” from Prudential Foundation.