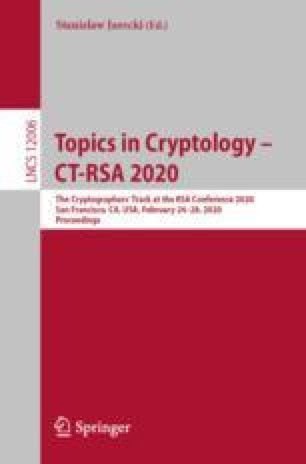 Cryptographers’ Track at the RSA Conference

Tightly secure authenticated key exchange (AKE), whose security is independent from the number of users and sessions (tight security), has been studied by Bader et al. [TCC 2015] and Gjøsteen-Jager [CRYPTO 2018] in the Bellare-Rogaway (BR) model. However, how to achieve tight security in stronger models (e.g., the Canetti-Krawczyk (CK) model and the extended Canetti-Krawczyk (eCK) model) were still left as an open problem by now.

In this paper, we investigate this problem in the CK model. We start from a generic construction [ACISP 2008] based on key encapsulated mechanisms (KEMs). We analyze the reason why it cannot achieve tight reduction, by merely assuming the underlying KEMs are secure in the multi-user and multi-challenge setting with corruption as Bader et al. [TCC 2015] and Gjøsteen-Jager [CRYPTO 2018] did. Then we put forward a new generic construction to overcome the potential obstacles.

In addition, we introduce a strong type of chosen ciphertext attack in the multi-user and multi-challenge setting with corruption for tag-based key encapsulated mechanism (TB-KEM), where adversaries are not only allowed to adaptively corrupt secret keys of users, generate multi-challenges with different coins, and open some challenges as well. We further prove that the Naor-Yung transform also works in this model, hence our generic construction can be instantiated. 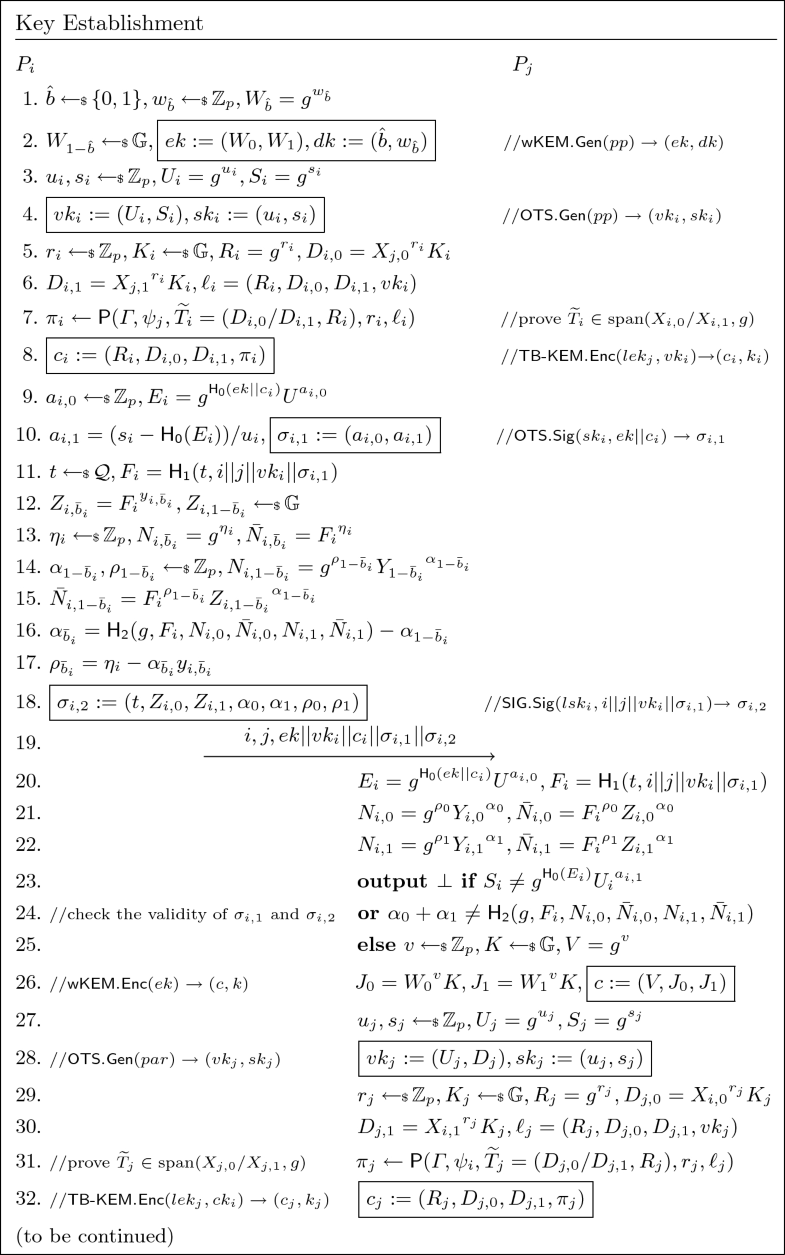 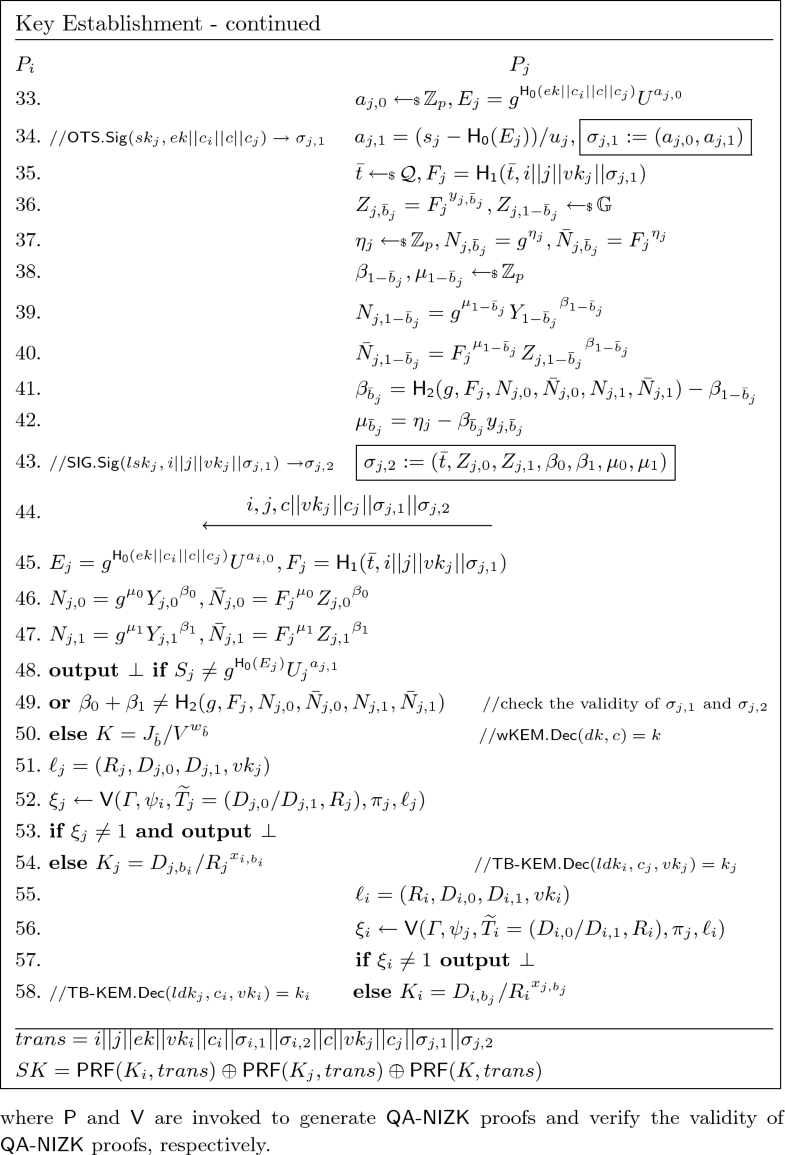 We instantiate our protocol using the strategies described in Sect. 5, which includes the following three parts.

Long-Term Secrets. Each party executes the following Long-term Key Generation procedure to generate their own key pairs and share public keys (through PKI, but we drop the details here). We elaborate with the party \(P_i\).
Session Execution. If two parties (e.g., \(P_i\) and \(P_j\)) want to establish a fresh session key, they should execute the following Key Establishment procedure in the next page.