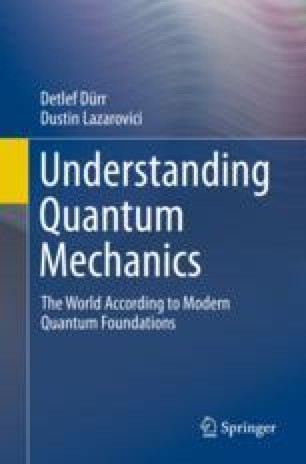 The term “collapse theory” refers to an entire class of quantum theories that replace the Schrödinger equation by a non-linear time evolution for the wave function so that the superposition principle, which leads to the measurement problem, is no longer valid. For small systems, like single atoms, the violation of the superposition principle is barely noticeable. On the other hand, superpositions of macroscopic wave functions, such as for Schrödinger’s cat, become practically impossible, or, more precisely, collapse so quickly that they can never be observed. Simply put, the wave function thereby collapses automatically with the right (that is, quantum mechanical) probabilities onto one of the localized wave packets associated with a well-defined macroscopic state. This process is also called spontaneous localization. It is helpful to recall our discussion of the measurement problem and Eqs. ( 2.4) to ( 2.6) in Sect.  2.4, where we already mentioned the possibility of such a theory solving the measurement problem.