The Three Ps of Liberty 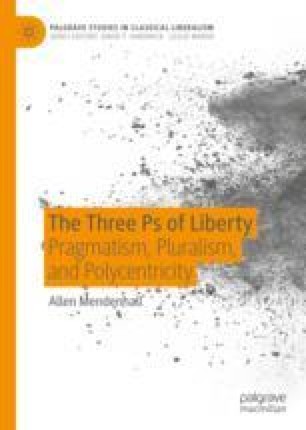 Jefferson’s Laws of Nature, Newtonian Influence, and the Dual Valence of Jurisprudence and Science

Thomas Jefferson appears to have conceived of natural law rather differently from his predecessors—namely Saint Thomas Aquinas, Richard Hooker, Hugo Grotius, Samuel von Pufendorf, John Locke, and, among others, William Blackstone. This particular pedigree looked to divine decree or moral order to anchor natural law philosophy. But Jefferson’s various writings, most notably the Declaration and Notes on the State of Virginia, champion the thinking of a natural historian, a man who celebrated reason and scientific method, who extolled fact over fancy, material over the immaterial, observation over superstition, and experiment over divine revelation. They reveal, in other words, an Enlightenment homme du monde, a veritable encyclopedia of knowledge, able to discourse on any number of topics and to confront, as it were, his overseas counterparts, George Louis Leclerc and Comte de Buffon. Jefferson’s jurisprudence pivots on the dual valence of law and science. Jurisprudents have mostly ignored the sometime symbiotic relationship of law and science, just as they have downplayed or altogether ignored Jefferson’s unique contributions to legal philosophy. How does Jefferson’s natural philosophy conceptualize law? Science is all about studying objects and predicting their behaviors. If law is more than bills or statutes or glorified pieces of paper—if it is intangible but somehow immanent—how does one collect or observe it in nature? What is its ontology? Its epistemology? How do we discover it? How do we experiment with it? In what way is it, as Jefferson apparently believed, innate to humankind? This chapter considers these questions while arguing for the inclusion of Jefferson into what I call the “natural law canon” of jurisprudence. I submit that Jefferson’s ideas about nature are tied to his ideas about reason and that his scientific approach to jurisprudence was not only innovative but nearly unprecedented. I have divided the chapter into two sections: the first dealing with Jefferson as a counteractive force to the positivist jurisprudence of Jeremy Bentham and John Austin, and the second dealing with such issues of materiality, reason, and experiment that make Jefferson’s jurisprudence truly distinctive. I am less concerned with tracing snippets of Jefferson’s writing back to Newton’s precise works or quotes than I am with demonstrating how Jefferson’s jurisprudence appropriates science, what makes that appropriation unique, and why that appropriation matters to a twenty-first-century audience. These concerns place Jefferson in the pragmatic tradition of libertarianism.

Cite this chapter as:
Mendenhall A. (2020) Jefferson’s Laws of Nature, Newtonian Influence, and the Dual Valence of Jurisprudence and Science. In: The Three Ps of Liberty. Palgrave Studies in Classical Liberalism. Palgrave Macmillan, Cham