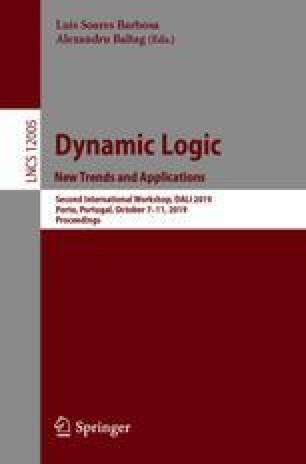 This paper studies the relation between persuasive argumentation and the speaker’s epistemic attitude. Dung-style abstract argumentation and dynamic epistemic logic provide the necessary tools to characterize the notion of persuasion. Within abstract argumentation, persuasive argumentation has been previously studied from a game-theoretic perspective. These approaches are blind to the fact that, in real-life situations, the epistemic attitude of the speaker determines which set of arguments will be disclosed by her in the context of a persuasive dialogue. This work is a first step to fill this gap. For this purpose we extend one of the logics of Schwarzentruber et al. with dynamic operators, designed to capture communicative phenomena. A complete axiomatization for the new logic via reduction axioms is provided. Within the new framework, a distinction between actual persuasion and persuasion from the speaker’s perspective is made. Finally, we explore the relationship between the two notions.

As mentioned, we have assumed that 1 is always the speaker while 2 is the hearer. Nevertheless, this logical setting can be easily generalized in order to model argumentative dialogues (where the role speaker/hearer changes in turns). Definition 8 should be extended to obtain a different operation \((\cdot )^{a}_i\) for each \(i\in \mathsf {Ag}\) where the precondition is, consequently, \(a \in \mathsf {owns}_i(w)\). Furthermore, the language must also be extended with the clause \([+_i a] \varphi \) for each \(a \in A\), \(i\in \mathsf {Ag}\). The completeness result presented below can be easily extended for such generalization.

All the proofs follow standard methods. We just include some of them here for illustration.

Finally Theorem 1 follows from the Truth Lemma by the typical argument.

Proving that SE preserves validity can be done by induction of the construction on \(\varphi \). The proof is simple but long, so we leave it for the reader. Note that in standard awareness logic [11], this is not generally the case, since awareness sets do not need to be closed under logical equivalence. In \(\mathcal {L}\), however, the range of awareness operators is restricted to arguments, and therefore soundness of SE is guaranteed.

As for the validity of the reduction axioms, let us just show two cases. Let (M, w) be a pointed model: