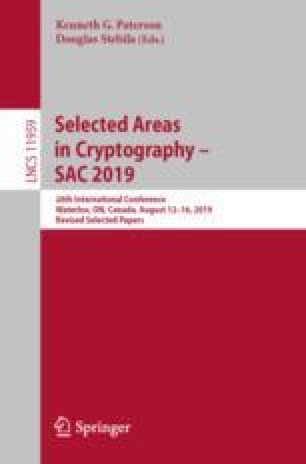 Algorithms for solving the Bounded Distance Decoding problem (BDD) are used for estimating the security of lattice-based cryptographic primitives, since these algorithms can be employed to solve variants of the Learning with Errors problem (LWE). In certain parameter regimes where the target vector is small and/or sparse, batches of BDD instances emerge from a combinatorial approach where several components of the target vector are guessed before decoding. In this work we explore trade-offs in solving “Batch-BDD”, and apply our techniques to the small-secret Learning with Errors problem. We compare our techniques to previous works which solve batches of BDD instances, such as the hybrid lattice-reduction and meet-in-the-middle attack. Our results are a mixed bag. We show that, in the “enumeration setting” and with BKZ reduction, our techniques outperform a variant of the hybrid attack which does not consider time-memory trade-offs in the guessing phase for certain Round5 (17-bits out of 466), Round5-IoT (19-bits out of 240), and NTRU LPrime (23-bits out of 385) parameter sets. On the other hand, our techniques do not outperform the Hybrid Attack under standard, albeit unrealistic, assumptions. Finally, as expected, our techniques do not improve on previous works in the “sieving setting” (under standard assumptions) where combinatorial attacks in general do not perform well.

The research of Albrecht was supported by the European Union PROMETHEUS project (Horizon 2020 Research and Innovation Program, grant 780701) and EPSRC grants EP/S02087X/1 and EP/S020330/1. The research of Curtis was supported by the EPSRC and the UK government as part of the Centre for Doctoral Training in Cyber Security at Royal Holloway, University of London (EP/K035584/1).

The authors thank the anonymous SAC reviewers for their feedback, which has been used to improve this work.

We consider a meet-in-the-middle approach where we assume (a) that collisions occur with probability 1, and (b) a square-root speed-up in the search phase. As discussed above, this modelling has been shown to be not correct [Wun19]. We include it here for compatibility with previous works which make similar assumptions, e.g [BCLv19]. On the other hand, we assume “free memory” here, i.e. we do not take the cost of memory into account. As illustrated in Table 3 under these assumptions and in the enumeration setting the Hybrid Attack and “g-v decoding” are essentially on par; in the sieving setting, BDD decoding is the most efficient.
Table 3.

Estimates in enumeration setting considering a “meet-in-the-middle” approach which does not consider probabilities of failure in the meet-in-the-middle phase. Such an approach considers a square-root speed-up in the guessing phase. Notation as in Table 1.

Estimates in sieving setting for a “meet-in-the-middle” approach as in Table 3. Notation as in Table 1. Estimates marked with \(^{\dagger }\) correspond to standard BDD decoding.

We consider NTRU LPrime [BCLv19] as a case study of assumptions within the Hybrid Attack. This issue has recently been discussed on the “pqc-forum” associated to the NIST standardisation process [Duc19]. In the NTRUPrime Round 2 submission document [BCLv19] an updated security evaluation is provided based on the analysis of [Wun19]. The security evaluation considers uSVP and Hybrid approaches, and does not consider dual attacks. The Hybrid Attack analysis is made using the following assumptions:
We modified the script for estimating security accompanying [BCLv19] to provide individual estimates for a Hybrid Attack with “classical” guessing, and a Hybrid Attack with a meet-in-the-middle approach (as opposed to only outputting the estimate for the fastest attack) to retrieve the estimates in Table 5.
Table 5.

Estimates from the NTRU LPrime Round 2 security script, best in class is highlighted in bold. Based on [BCLv19, Table 2].

As discussed above, there are several points during a Hybrid Attack-based security analysis where assumptions are required. In order to cross-check our hybrid attack estimates, we align our code with the assumptions made in the NTRU LPrime security script. That is, we consider the set of assumptions \( \mathcal {A}_0 \) outlined in Table 6. Explicitly, we assume core-style BKZ models (“pre-quantum sieving” (i.e \(2^{0.292\beta }\)) and “pre-quantum enumeration” (i.e \(2^{0.18728\beta \log (\beta ) - 1.019\beta + 16.1}\)), both with “free memory”, in the language of [BCLv19]), we assume the formula for the success probability of Babai’s Nearest Plane algorithm from [Wun19] with a cost of one operation, we assume the q-ary GSA, a meet-in-the-middle guessing phase, with associated collision probability of one, we assume the target norm of the vector recovered via the BDD algorithm has Euclidean length \( \sqrt{\sigma ^2 \cdot m + h \cdot \frac{n- \tau }{n}} \) and we do not consider memory requirements3, or lattice scaling.

Sets of Assumptions Considered in this Appendix. There are many other alternative assumptions considered throughout the literature which we do not consider in this work.