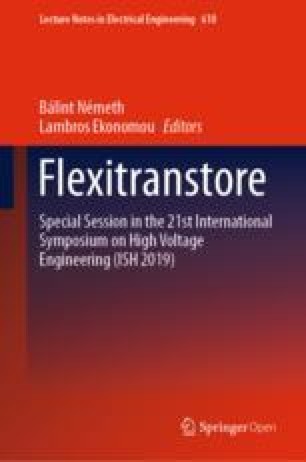 Nowadays the interest in grid-supporting energy storage systems for frequency response improvement is spurred to increase the penetration of renewable energy resources. Operational frequency constraints of the grid code should be fulfilled in the combined state feedback frequency control provided through the BESS frequency support and UFLS relays. In this paper, favoritism and unfairness of the grid-interactive Battery Energy Storage System (BESS) frequency support is investigated in terms of Rate of Change of Frequency (RoCoF), frequency nadir, time response, steady-state error, and specifically, total load shed subject to power balance over the network. Categorizing load shedding stages into vital and non-vital can measure the appropriateness of the BESS response. Conflicts of the BESS control parameters, performance measures and UFLS actions are verified on the modified Cypriot transmission grid, and the simulation results show that a controller or modulation technique would be essential to coordinate the BESS and UFLS scheme frequency responses to handle conflict of controllers.

A rising interest to investigate the impact of high penetration of renewable generation on frequency control of power system and the capability of delivering frequency support by full Converter Control-Based Generators (CCBGs) is emerged during recent years [1]. Decrease of system inertia and conventional spinning reserve and increase of unpredictable uncertainties imposed by integrating renewables in the generation mix deteriorates the frequency support. By implementation of the virtual synchronous machine behavior [2, 3] through the new grid-supporting convertors of storages and renewables, the frequency support can be improved by means of the provided fast synthetic inertia and timely generation control in severe conditions [4].

In severe frequency decline situations, Under-Frequency Load Shedding (UFLS) programs (generally including event-based and response-based UFLSs) as the last automated measure of power system prevention from collapsing are designed and implemented by Transmission System Operator (TSO) through dynamic off-line simulations in operational planning time-scale. In response-based UFLS programs, the relay settings are usually pre-defined, fixed, and non-robust which may not be a comprehensive solution for the wide range of combinational/cascading events and operational variability and uncertainty imposed by high penetration of renewables [5]. Grid-interactive BESS can support the system operation during inertial and primary response through the inertia and droop parameters tuning of the SPC (Synchronous Power Controller).

Several TSOs have announced new grid codes requiring Electronically Interfaced Resources (EIRs) like energy storages, PVs, HVDC links, and wind power plants to provide frequency response [6]. The mutual interaction of UFLS as a traditional emergency control action has not been investigated enough under high share of renewable energy sources with BESS frequency support. The influence of the fast acting power controller of BESS on UFLS scheme and also mal-operation and readjustment of UFLS settings in high penetration of wind generation are presented in [7] and [8]. In [9], a systematic method is presented for controlling an energy storage system output power for preventing transient load shedding. Existing UFLS schemes suggested for conventional power systems has not been yet incorporated in grid-supporting convertors tuning to provide better inertial and primary frequency response.

The rest of the paper is constructed as follows: Sects. 2 and 3 provide an investigation of the impact of UFLS scheme and BESS inertia and droop characteristic on frequency response based on the unified discretized system frequency response using UFLS and BESS frequency responses formulation. Simulation results and discussion is presented in Sect. 4, respectively. The conclusion is drawn in Sect. 5.

2 Impact of BESS Inertia and Droop Characteristic on Frequency Response

The main focus of the rest of the paper is on the BESS influence on system frequency response and UFLS scheme. According to, other terms of (3) except than \( \Delta P^{ESS} \left( t \right) \) and \( \Delta P^{sh} \left( t \right) \) are ignored in the following equations. However, in simulation step, all of the resources contributing in the system frequency response are modelled and reflected.

The corresponding performance measures of the system frequency response are shown in Fig. 1.

2.3 BESS as a State Feedback Controller

We may state that feedback can cause a system that is originally stable to become unstable. Certainly, feedback is a double-edged sword; when it is improperly used, it can be harmful [14]. Based on the (5) and (6), during accelerating time-intervals, to arrest the rate of change of frequency the system needs inertia emulated by the BESS. As soon as the system starts decelerating, inertia should reduce again to prevent overshoot in frequency response. The unused inertia imposes the frequency to return to the steady-state frequency slower, which deteriorates the overall frequency response.

Additionally, damping should be increased during decelerating phases to help decrease the settling time of the frequency deviation. The additional inertia required during accelerating phases is proportional to the RoCoF and the required additional damping is proportional to the frequency deviation from the steady state. Without adaptive damping and inertia control, the BESS response is not canceled out when the system has sufficiently stabilized which may result in unstable oscillations.

As frequency is a very good indicator of Power Mismatch, the operation based on under frequency relays has high control precision and robustness with respect to uncertainties. However, it can have many difficulties and challenges. The setting of the UFLS is highly complex, which involves many parameters including the number of LS stages, percentage of load allowed to be shed, the time delay for each stage, real time topology etc. Together these variables make the UFLS settings a non-linear and multi-dimensional problem. Secondly, UFLS is triggered after the frequency has already declined to certain low values causing a time delay, which makes the solution more reactive in nature and the system stability requires more time.

(10) and (11) could be linearized using binary and big variables [16]. As stated above, the relay logic dictates that the block of load \( \Delta P_{k} \) be shed when the corresponding timer exceeds \( n_{k} \). When a contingency occurs, for each load-shedding stage k with \( f_{th}^{k} \), the relay disconnects a block of load after \( n_{k} \) time step when the frequency trajectory [computed using (3)–(4)] violates the frequency set point for a predetermined time delay.

UFLS action at \( t_{{f_{th} }} - t_{k} \) is a positive step change in generation-load imbalance which is reflected in system DAEs as a disturbance. Subsequent change in the rocof and frequency values alter the BESS inertial and primary response and reduce the BESS frequency support.

In some situations, however, frequency support of EIRs may be harmful to frequency control as they generate an extra energy in a short period of time, which reduces frequency decay and derivative but could not be maintained over time. Reduction of frequency derivative through emulating inertia via EIRs looks positive at first sight as the reduced frequency derivative triggers less under-frequency relays, but in some conditions, the shedded load is smaller than the amount what the event requires. As the EIRs cannot maintain extra generation over time, the frequency may continue to decay until the shedding of the next load step. It is also possible to activate other system and components protection by resulting in lower steady state frequency.

In order to avoid mal operation of UFLS scheme in the presence of the BESS frequency support, UFLS schemes should be incorporated in the controller tuning of the BESS as an economic objective to be optimized in conjunction with other frequency performance measures. In comparison with BESS controller tuning, most power systems operate with predetermined load shedding schemes and use fixed relay settings. Hence, resetting UFLS thresholds or changing load shedding amounts are not often viable options.

Moreover, with the existing supervisory and control capabilities, TSOs are not tendentious to re-design UFLS scheme for a short while. Then, the frequency thresholds, time delays and shed load percentage could be assumed fixed during the optimal gain-tuning of BESS. Using synchrophasor measurements for control of grid interactive energy storage system and UFLS relays [17] provide the possibility of coordinated online control of these resources of inertia and primary frequency response.

There are 13 load shedding stages (~68% of the total load) spread over all Cyprus, which are presented in the following Table 1. This UFLS scheme is implemented in the system by definition and setting of the under frequency relays in DIgSILENT PowerFactory. A 50 MW, 100MWh BESS is added to the network equipped by SPC with tunable inertia and droop parameters of 15 and 60 as the maximum gains, as it is presented in [18]. The initial values of 0.5 and 0 are assumed for the SOC and power output states of the BESS, respectively. SOC limits are supposed as 0.2 and 0.8.

Other RHS terms of the swing equation in (2) are enclosed in the system modelling and control like turbine and governors, and Wind turbine standard controllers accorded to Grid Code requirements. Load damping effect are not considered in this study. The coincident disturbance of two generation units with 90 and 60 MW dispatch power is considered to tune the BESS parameters.

In order to investigate the mutual effect of UFLS plan and BESS frequency support, system frequency response is presented in different scenarios in Fig. 5. As it is shown, without UFLS relays and BESS (a), with UFLS relays and without BESS (b), and with BESS (H = 5, R = 20) and UFLS (c) scenarios are studied.
Comparison of transient responses in these scenarios are summarized as follows:
As it is presented in Table 2, a conflict of interests appears due to the parallel activation of UFLS and BESS frequency support in viewpoint of different performance measures. Undesirable effect of the BESS are grayed out in the table.
Table 1.

First, it was shown that by considering BESS droop and inertia gains along with the multistage UFLS plan, the overall performance of the load shedding plan and BESS frequency support are mutually influenced by each other in the both favorable and unfair directions. It was also revealed that the BESS droop and inertia gains are affecting frequency performance measures as a double-edged sword regarding system acceleration behaviour. Accordingly, the conflict of interests raised with respect to the UFLS and BESS state feedback controls interference (with similar operation and different planning horizons) should be handled through a gain tuning approach. Enabling coordinated online control of BESS parameters UFLS scheme using synchrophasor measurements provides better inertia and primary frequency response considering demonstrated conflicts of interest.

This work was partially supported by the European Commission under project FLEXITRANSTORE—H2020-LCE-2016-2017-SGS-774407 and by the Spanish Ministry of Science under project ENE2017-88889-C2-1-R. Any opinions, findings and conclusions or recommendations expressed in this material are those of the authors and do not necessarily reflect those of the host institutions or funders.