The New Economy of the Product Life Cycle 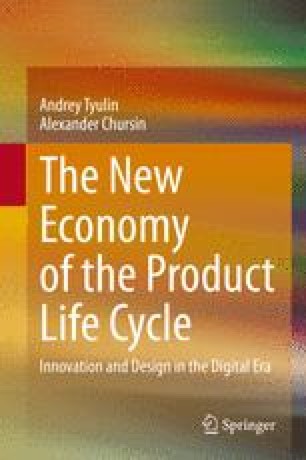 Rapid Development of an Organization

An analysis of the evolution of the economic theory suggests that many of its hypotheses are going out of date. Today, the fundamental economic theory is behind practice. The theory base of the rapidly evolving digital economy is still poorly developed. Main economic laws and metrics, which describe the digital economy, were introduced and formulated in the nineteenth and the first half of the twentieth century, and they describe the traditional industrial sector quite well. From the second half of the twentieth century, the sector of services and nonmaterial production received a substantial impetus and eventually became a major one along with the industrial sector. The properties of production and consumption within the nonmaterial sphere greatly differ from each other; therefore, it is important to develop a theoretical base in order to properly describe the new type of economy.

Cite this chapter as:
Tyulin A., Chursin A. (2020) Rapid Development of an Organization. In: The New Economy of the Product Life Cycle. Springer, Cham