Computation and Big Data for Transport 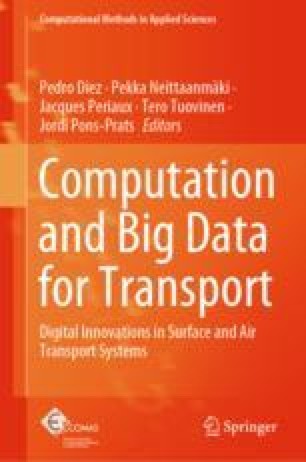 In the recent years, automotive car industry is evolving towards a new generation of autonomous vehicles, where decision making is not fully perform by the driver but it partially relies on the technology of the car itself. Indeed, a CPU inside the car will process all information coming from the sensors, distinguishing different scenarios appearing in the real life and ultimately allowing decision making. Since the CPU will be confronted with plenty of information, tools like machine learning or big-data analysis will be a useful ally to separate data from information. These existing machine learning techniques, such as kernel Principal Component Analysis (k-PCA), Locally Linear Embedding (LLE) among many other techniques, are useful to unveil the latent parameters defining a given scenario. Indeed, these algorithms have been already used to perform real-time classification of signals appearing throughout the road. Selecting the modeling of the electromagnetic response of the radar plays an important role to achieve real time constraints. Even though Helmholtz equation represents accurately the physics, the computational cost of such simulation is not affordable for real-time applications due to high radar operating frequencies, resulting into a very fine finite element mesh. On the other hand, far field approaches are not so accurate when the objects are very close due to plane wave assumption. In the first part of this work, the Geometrical Optics method is investigated in this work as a possible route to fulfill both real-time and accuracy constraints. The main hypothesis under such model is that waves are treated as straight lines constrained to optical reflection laws. Therefore, there is no need to mesh the interior of the domain. However, the accuracy of such approach is compromised when the size of the objects inside the domain are comparable to the wave lengths or in the vicinity of angular points. The second part is mainly focused on of the application of manifold learning and big data analysis into a data set of precomputed scenarios. Indeed, the identification of an unknown scenario from electromagnetic signals is purchased. Nevertheless, current research lines are devoted to give an answer to questions such as how many receptors do we need to identify unequivocally the scenario, where to locate the receptors, or which parts of the scenario have a negligible impact in the electromagnetic response.