Love and Resistance in the Films of Mai Masri 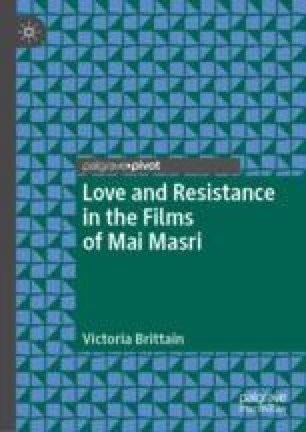 Lebanon’s 17,000 Disappeared from the years of civil war are the centrepieces of Lanterns of Memory (2009) and Suspended Dreams (1992). Mai’s confident emphasis on women as prime storytellers is key to this chapter. Sometimes the scenes are a story told by one woman intimately at home, such as Wadad Hilwani, who emerges from her own grief as a national spokesperson over the years of these films. Archive footage shows groups of women desperately seeking answers from government officials about the fate of their fathers, sons, husbands, and brothers. Powerful repetition is used in face after face of vanished men and boys.

Cite this chapter as:
Brittain V. (2020) The Disappeared: Suspended Dreams (1992); Lanterns of Memory (2009). In: Love and Resistance in the Films of Mai Masri. Palgrave Studies in Arab Cinema. Palgrave Pivot, Cham