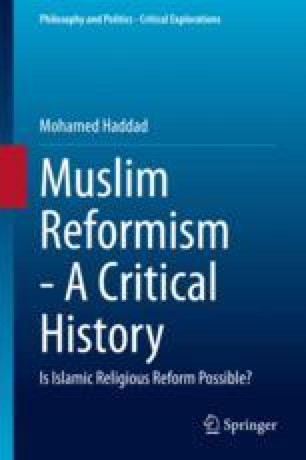 His life can be distilled in a few key dates: Abduh was born in 1849 and grew up in a small Egyptian village called Mahallat Nasr. He studied at a Qur’anic school, then at the Ahmadite Mosque located in the city of Tanta. Instruction there consisted of learning the Qur’an by heart, accustoming oneself to the chanting of it according to ritual, and studying the legal sciences of Islam and Arabic grammar. On the subject of Abduh’s life, there are no great divergences to report; it is on his work and his memory that there are various narratives. A mysterious paternal uncle, Shaykh Darwish Khidr, guided him in that direction. Shaykh Darwish most probably belonged to the mystical Sanusi brotherhood which advocated for a return to pure Islam in its primitive simplicity. Abduh joined the al-Azhar religious university in 1865. Al-Azhar was the dream of any young man from rural areas as it offered great opportunities for social advancement. However, its teaching was obsolete, based mainly on Islamic jurisprudence (fiqh) and grammar; the dominant method was that of literal commentary (sharh). Muhammad Abduh pursued his studies at al-Azhar for 12 years and received its highest degree in 1877. During his studies, he came into contact with the man who would greatly influence his life, Jamal al-Din al-Afghani (On the rather obscure life of al-Afghani, one can consult the biography published by Homa Pakdaman titled Djamal ed-Din Assad Abadi dit Afghani, Paris, Maisonneuve et Larose, 1969).