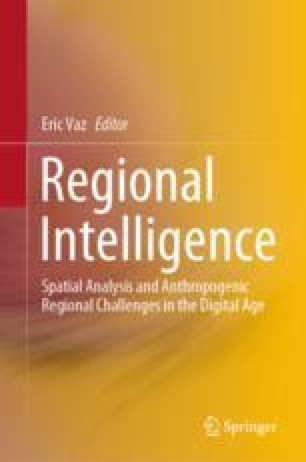 Infrastructural Projects and Land Use Conflicts in Developing and Developed Countries: A Study Based on Comparative Review of Literature and Different Case Studies

Developmental projects like dams have consequences both positive and negative. The conflicts in these kinds of projects emerge with view of conflicts among land use types and conflicts among stakeholders. The article presents the comparative review of different studies related to land use conflicts due to infrastructural projects especially dams, in developing and developed countries. It is based on secondary source of information including previously published literature and national and regional dailies. It goes into the social, economic and environmental impacts of infrastructural projects mainly dams. It then discusses the two case studies one from developing country “Bhasha dam project, Pakistan,” and other from developed country “Sivens dam project, France,” and highlights the different issues and conflicts among different actors. Further, it analyzes the individual and common issues of these case studies in light of above-mentioned literature with a comparative point of view. Lack of participation of all stakeholders is a significant source of conflicts in both cases on ecological issues in case of Sivens dam project and on socioeconomic issues in case of Diamer Bhasha dam project.

In this paper, tensions and conflicts are as defined by Schelling (1960); opposition without engagement of declared clash is called tension, which turns into conflicts after engagement of one or more actors. This engagement is defined by the implementation of a credible threat, which could take different forms like legal actions, mediatization (bringing the issue to the attention of the media, press, radio, television, etc.), bringing the matter to the attention of the public authorities, protestations, assault or verbal confrontation, putting up signs (signs forbidding access, fences and gates, etc.).

For the purpose of identification and analysis of conflicts and their impacts secondary source of information is used. This source includes national and regional dailies, previously published literature on land conflicts especially related to infrastructural projects and other literature published by public and private organizations. This kind of secondary source was frequently used by the researchers (see Ali & Nasir, 2010; Mann & Jeanneaux, 2009; Torre et al., 2014) in order to cross-check the information from different sources and to carry out better analyses (Deininger & Castagnini, 2006; Mc-Carthy et al., 1996). Information on factors affecting land use conflicts and their impacts is collected from extensive literature review. Such factors include land rights and compensations, resettlement and livelihood, information dissemination and public participation and environmental impacts. Further information on two selected case studies is collected from above-mentioned secondary sources which then further compared and analyzed in light of selected literature of land use conflicts.

Cite this chapter as:
Sabir M., Torre A. (2020) Infrastructural Projects and Land Use Conflicts in Developing and Developed Countries: A Study Based on Comparative Review of Literature and Different Case Studies. In: Vaz E. (eds) Regional Intelligence. Springer, Cham