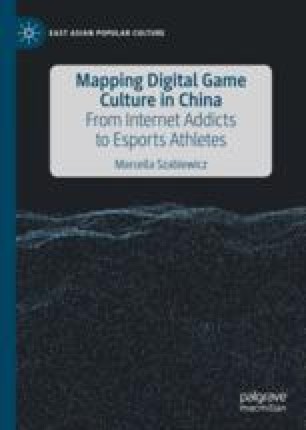 This chapter analyzes the phenomenon of Internet cafés and Internet gaming as portrayed in dominant media discourse, with a focus on the moral panic about Internet addiction. The chapter begins with an analysis of Chinese media reports published between 2000 and 2019. Next, the chapter focuses on the argument that the Internet and digital games, in particular, constitute a dangerous form of spiritual opium. In equating the Internet with opium, the Chinese media frame it as a “foreign” substance that poses a threat to the nation and, most notably, the productivity of its young male citizens. Yet before opium became the scourge that it is known as today, it was first considered to be a substance that could “replenish the spirit.” This double discursive construction mirrors that of the Internet café, as portrayed in the previous chapter. By engaging with academic scholarship on the social use of opium and the manner in which the social significance of opium use itself has shifted over time, this chapter draws out issues of class that lie hidden within the present-day discourse. Finally, the chapter addresses the network of actors and issues that have contributed to the moral panic about Internet addiction.