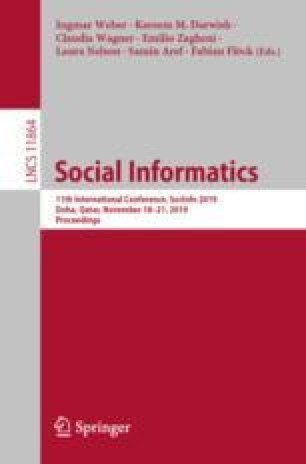 The weakening negative educational gradient of fertility is usually interpreted as the expression of changes in the way education shapes reproductive decisions across cohorts. We argue, however, that the reversal of the statistical association does not imply a reversal in the underlying mechanisms that connect education and fertility. Instead, we believe the reversal in the statistical association emerges as a result of the convergence of the life-course of individuals with different educational attainment levels across two dimensions: the ability to control the reproductive process and the desire for a given family size. In order to show this we reproduce the results reported in previous studies by using simulated reproductive trajectories, generated from a model that assumes no change in the way education shapes reproductive intentions over time. Beyond our substantive focus, we intend to show how our understanding of key demographic processes could change if we were able to incorporate in our modeling difficult or impossible to observe quantities.

We use a discrete-event simulation approach in which time advances with the realization of each event. As shown in the pseudocode in Appendix A, at each iteration the algorithm realizes the event with the shortest waiting time from a list of all possible events for the entire population of agents. After the realization of each event the system is updated and the simulation continues to the next run.

We refer to the time between events as process (or duration) time t, which is expressed in seconds. Process time can be related to calendar time c which, as mentioned before, runs from the beginning of 1925 until the end of 2016. The third relevant duration in our model is Age x, which goes from 0 to 51, age at which our simulated individuals are removed from the population.

Desire Family Size: Known as the demand for children, the Desired Family Size (D) is the central quantity in classic microeconomic models of fertility, from the New Home Economics approach to Coale’s Ready Willing and Able framework, Easterlin’s supply-demand framework and its applications to developing countries [7].

In our model D does not represent an ideal number, but the answer a simulated woman would give to the question How many children do you want to have?.

Most explanations of the fertility transitions of the 1960s and 1970s in Europe have focused on the reduction of the demand for children as a consequence of the erosion of the conditions that led to the baby-boom, in particular the dominance of the male bread-winner paradigm following the rapid increase of women’s participation in the labor market [35]. In our model we try to capture this movement defining D as:
$$\begin{aligned} D_{i} \sim \varGamma _{a\le D_i \le b}({}_{0}D + \alpha - \beta ^{A_i}, 1) \end{aligned}$$
(1)
where \(A_{i} \in \{0,1\}\), is the labor force participation status of agent i (obtained from census data as explained in Sect. 7). Our computations based on the Integrated Value Surveys Database (not shown) confirmed our expectation that the distribution of family size preferences is positively skewed and justifies the choice of a Gamma distribution. The limits of the distribution a and b are the minimum and maximum number of desired children and the shape parameter is a function of \({}_{0}D\) (an initial value of D to be estimated) and parameters \(\alpha \) & \(\beta \), which define the distance between the distributions of D for active and inactive women. This distance expresses different preferences regarding the distribution of time between childrearing and other activities, but also the difficulties women expect to find when combining work and family.
Intentions: In our model the number of planned children people end up having is closely connected to their short term fertility intentions. Although there is a lengthy list of factors that could affect fertility intentions, here we necessarily have to focus on those most relevant to the context and periods we analyze, i.e., school enrollment status, perceived economic uncertainty, labor force participation status and educational attainment. Formally, the intention to have a child \({}_{B}I\) is defined as:
$$\begin{aligned} {}_{B}I_{i,x}= {}_{B}\rho _{i} - \varepsilon _{i,x} - R_c - \upsilon _{i} \end{aligned}$$
(2)
where \(\rho \) is the baseline intention which can be interpreted as the intention, free of constraints, to have a child for those agents who have the desire to have children (\(D > 0\)). We assume that \(\rho \) comes from a truncated normal distribution, which allows us to introduce some variation in fertility intentions that is not directly related to the set of factors listed above.

\(E_{i} \in \{0,1\}\) is the enrollment status of agent i and \(\varepsilon \) expresses the strength of the negative effect than being in the education system has over short-term fertility intentions.

R represents the perceived resources to afford a/an additional child and is given by a smoothed series of the unemployment rate, which we use to approximate the perception of agents regarding the economic situation at time c.

The last mechanism in 2 expresses the effect of education among working women and is defined as:
$$\begin{aligned} \upsilon _{i} = \eta / (1 + exp(\delta \cdot (Y_{i} - Y^*))) + (1 -\eta ) \end{aligned}$$
(3)
The mechanism is represented as a logistic function that moves from \(1- \eta \) to 1 as the number of years of education Y approaches the threshold \(Y^*\). The central idea here is that educational attainment helps to reduce the gap between working and non-working women with respect to short-term intentions as explained in Sect. 5.1.

From Intentions to Births: To connect intentions to births we assume that waiting times to the attempt to conceive are exponentially distributed with a rate proportional to the intention \({}_{B}I\).

This allows us to draw a waiting time for each woman with a partner who still has not achieved her desired family size. If the resulting waiting time is shorter than one year, at the end of that time our simulated couple will attempt to have a child, if it is longer they will update their intention after one year and reconsider whether or not to have a child within the next twelve months. These formulation allows us to introduce period effects in a discrete-event context that is in general better suited for the analysis of cohort processes.

We define the event as the attempt to conceive in order to be able to represent the decline in the probability to experience a pregnancy with age. This probability is defined as:
$$\begin{aligned} p_x=1 /1 + \exp (\theta (x - \omega )) \end{aligned}$$
(4)
where \(\omega \) controls the age at which the probability starts decreasing and it is assumed to be fixed for all agents.

If the couple fail to conceive, they will try again in a period of one to four months (draw from a truncated normal distribution with mean 1.5), until they reach a predefined limit for failed attempts. If they succeed, a waiting time equal 270 days is created which represents the duration of the pregnancy. After conception, if they still have not reached D they will go back to updating their intention/evaluating whether to try and have a new child after a period of ten to eighteen months (also drawn from a truncated normal distribution).

Unplanned Births: In our model, a couple that had already achieved their desired family size (including \(D = 0\)) still has a probability u to have an unplanned birth defined as:
$$\begin{aligned} u_{i,c} = \frac{\phi /(Y_{i}^\kappa )}{1 + e^{\iota \cdot (c-(c_{0}-Y_{i}))}} \end{aligned}$$
(5)
The use of a logistic function follows the representation of the adoption of contraception as a diffusion process [42]. As contraceptive methods become more effective the probability to have an unplanned birth declines. Parameters \(\iota \) and \(\psi \) control the pace of the decline and its inflection point. Besides, as the diffusion process is usually led by more educated women we also make u dependent on an agent’s educational attainment and let \(\kappa \) control the differences in the probability by years of education (Y).

Education Completion: The time agents take to complete their education depends on their level of education, which is determined by drawing a random number from 1 to 3 (representing the three educational levels considered) with probability equal to the observed proportions in each level by birth cohort.

After an education level is assigned the number of years \(Y_{i}\) agents will remain in the education system is obtained from a truncated normal distribution:
$$\begin{aligned} Y_{i}\sim N_{c\le Y_{i} \le d}(\mu , 3) \end{aligned}$$
(6)
where \(c=0\) and \(d=6\) for those with primary education or less; \(c=6\) and \(d=12\) for those with secondary education; \(c=12\) and \(d=24\) for those with tertiary education. The mean of the distribution \(\mu \) increases linearly throughout the period from 3 to 6, 8 to 12 and 16 to 22 years, for primary, secondary and tertiary education respectively. The waiting time to education \(_{E}T_{i}\) is then obtained by expressing \(Y_{i}\) in seconds.
Union Formation: The process that leads to the formation of a cohabiting union begins with the search for a partner. To define the dynamics of the search we adapt some ideas from previous marriage markets models [19, 20]. Women start searching for a partner around the time they complete their education. Once the time to select a partner arrives they choose among the pool of potential partners (composed by all men in the population born ten years before and three years after their own birth year) with a probability proportional to:
$$\begin{aligned} v_{ij} = \left( \frac{S_{max} - \left| s_i - s_j \right| }{S_{max}}\right) \cdot W_{j} \end{aligned}$$
(7)
where \(s_{i}\) represents her level of education and \(s_{j}\) his. Besides preferring partners that have similar levels of instruction we assume that women prefer partners that work over partners that do not. Therefore we define W as:
$$\begin{aligned} W_{j} = {\left\{ \begin{array}{ll} 1, &{} \text {if } A_{j} = 1\\ 1/\tau , &{} \text {if }A_{j} = 0 \end{array}\right. } \end{aligned}$$
(8)
After a woman chooses a partner they start a relationship and she develops an intention to form a union which is defined as:
$$\begin{aligned} {}_{U}I_{i,x}= {}_{U}\rho _{i} - \varepsilon ^{E_{i,x}} - R_c - U_x \end{aligned}$$
(9)
where \(U_x\) is a function of the proportion of a woman’s birth cohort that is already married at the time of updating \({}_{U}I\). The negative effect of \(U_x\) decreases as the proportion of married women increases, capturing the effects of social pressure. This mechanism generates a feedback that amplifies the effects of economic uncertainty and prolonged enrollment on the postponement of the age at union formation. It has been shown that these social multiplier effects are central to understand several sociodemographic processes like the spread of contraceptive use [34] and the postponement transition [11, 24].

As in the decision to have a child, \({}_{U}I\) is updated on a yearly basis until the simulated couple moves in together or one of them leaves the population.

Death. The waiting time to death \(_{D}T_{i}\) is sampled using the inverse distribution function method [46] where the distribution of waiting times to death is reconstructed using age-specific cohort mortality rates from the Human Mortality Database. For the ages/years where information is not available we use the latest available figures. Missing data corresponds essentially to the most recent decades, when mortality of females under 50 years of age is low.