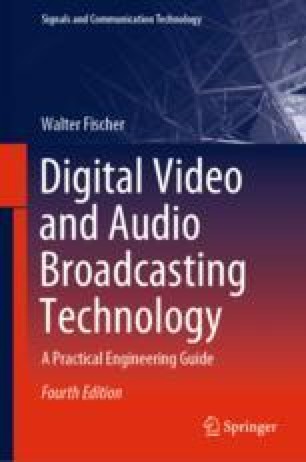 Measurements on the MPEG-2 Transport Stream

With the introduction of digital television, neither the hopes of the users nor the fears of the test equipment makers were confirmed: there is still a large need for test instruments for digital television, but of a different type. Where it was mainly video analyzers for evaluating the test lines of an analog baseband signal in analog television, it is mainly MPEG test decoders and MPEG transport stream analyzers which are being used in digital TV. Every multiplex center output or in other words a “broadcast headend” output (see also chapter 45 “Studio, Playout, Headend, …”) need to be checked and monitored. Sometimes operators provide also transport stream monitoring at the transmitter station input.