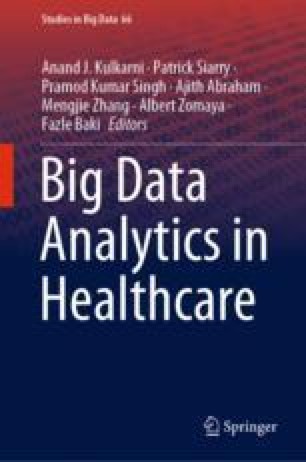 Advancements and sophistication in Information Technology systems have deeply impacted business operations and strategy across all domains. In a highly competitive business environment during current times, the success and growth of business have become largely dependent and highly critical with respect of business analytics and intelligence for crucial decision making. While this is true with almost all business sectors, the healthcare systems are no exception. In the information era, big data and its related cloud computing technologies form the backbone towards a data-centric ecosystem. A shift is observed from processes/methodology to data as a valuable resource, for it can neither be neglected nor disposing irresponsibly. The health ecosystem encompasses numerous stakeholders involving doctors, clinicians, patients, pharmacy on one hand while the investors and public institutions on the other at large. Systematic monitoring, processing, analysis and reporting of sensitive health data calls for a robust information technological support across its products and processes. Business analytics is an inevitable business practice in current competitive environment wherein the processes, practices, people skills and performance are key success factors for exploration and strategizing for effective and efficient operational and firm performances. This chapter discusses big data analytics, its need and methods with special reference to the healthcare industry which could help practitioners and policy makers in this domain to develop strategies for better healthcare systems and management. Methodology The chapter discusses the WHO health framework. It categorizes the Healthcare data. Methods of addressing Analysis of Big data techniques is done by discussing special tools and technologies like Hadoop and then Spreadsheets. The analysis of Big Data and its sub-component, viz. Structured, Semi-Structured and unstructured is discussed in detail. In Structured, analysis of simple numeric data is investigated. In unstructured, an overview of text analysis, NLP and one algorithms of NLP is done. In Unstructured, Image analysis, methods of pulling a sub-part of big data from cloud is discussed.

Since we have been given two variables namely Age and Systolic Blood Pressure, we try to find if a relationship exists between the two. It is generally used when we wish to predict one value based on other value. The variable we wish to predict is called the dependent variable (or sometimes, the outcome variable). The variable we are using to predict the other variable’s value is called the independent variable (or sometimes, the predictor variable).

This table provides the R and R2 values. The R value is 0.658 and it represents the simple correlation (the “R” Column). The value indicates a high degree of correlation. The R2 value (the “R Square” column) indicates how much of the total variation in the dependent variable, SBP, can be explained by the independent variable, Age. In this case, 43.2% can be explained.

The Coefficients table provides us with the necessary information to predict SBP from age as well as determine whether age contributes statistically significantly to the model (by looking at the “Sig.” column).

Margarine type A
Looking at the table above, we find that P-value is negative and thus it is less than alpha value 0.05. Which also means that we reject null hypothesis and accept alternate one. We infer that cholesterol level before and after 4 weeks in type A margarine is significantly different.

Looking at the table above, we find that P-value is negative and much lower than 0.05. Hence, we accept alternate hypothesis to infer that yes there is difference in cholesterol levels.

Margarine type B
Looking at the table above, we find that P value is very much low than 0.05 thus we accept alternate hypothesis. It also means that both values for cholesterol are not same.

Same test between two variables Before and after 8 weeks P value which is lower than 0.05 is a clear indicator of difference between cholesterol levels at both times.

Data Given—The systolic blood pressure was measured for 30 people of different ages. A nonzero intercept seems appropriate here, since even a very young person can have a high blood pressure. There are 30 rows of data. The data include: 3 columns and 30 rows.

Objective—To analyse the given data according to own judgement, draw insights and present the same.

Analysis Done—Plot a scatter plot which will give you distribution of blood pressure agents age, analysis of same shows there is positive relation between blood pressure and age.
Regression analysis was chosen since the data given was of age and blood pressure and the business decision to be taken could be of analysing the age/blood pressure patterns and to address age-related issues and resolve troubles, say in the case of a hospital, medical services provider, etc., through the patterns observed.

There is no significant relation between age of a person and systolic blood pressure.

There is a significant relation between age of a person and systolic blood pressure.

P-value In the below image of the analysis, it can be seen that since the P-value is much less than 0.05, hence, it can be concluded that the regression model is statistically significant and alternate hypothesis holds true. Therefore, it can be said that, age of a person is directly proportional to the blood pressure.

Software for Text Analysis (Vendor Based)
Suppose you have the following set of sentences:

Gapminder: Gapminder Tools is free and comes with built-in data. You can use it online or download it. The offline version also allows you to create your own animated bubble charts, line charts and so on. Also have a look at Google’s free Motion Chart Gadget and Public Data Explorer, where you can visualize your own data.

Data: CO2 emission (metric tons per person).
Since the data is huge Snap shot of data not given here.