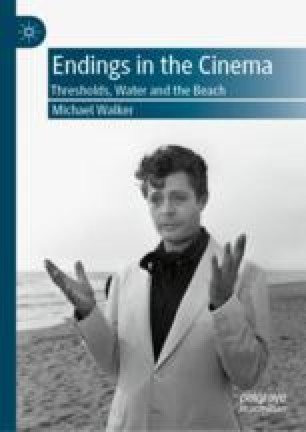 Particularly in ‘post-classical’ cinema, many films end beside, on or in water—indeed, it often seems as though the water has drawn the characters to it for the final scene. Typically, the restorative aspects of water—as regenerating or therapeutic—are invoked. In this chapter, riverside and lakeside endings are related to the traditional symbolic associations of the sites; endings on water (in ships and boats) and the less common, but by no means infrequent, endings in or under water are also discussed. The James Bond films provide an illustrative case history for endings on some sort of water craft. Endings in the snow are also considered: their bleakness contrasts with the typically revitalising or romantic aspects of endings in the rain. With endings featuring ship or boat departures, the notion of a ‘tear’ between land and water is suggested.

Cite this chapter as:
Walker M. (2020) Water. In: Endings in the Cinema. Palgrave Macmillan, Cham