The Object of Comedy 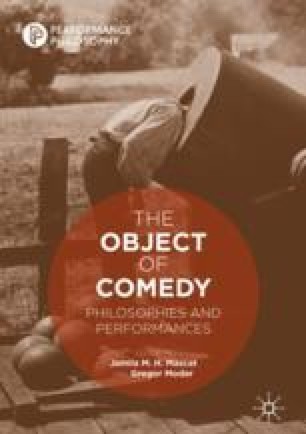 After Death Comes Humor: On the Poetics of Alexander Vvedensky

The chapter traces the focal points in the artistic method of OBERIU (Ob’edinenie realnogo iskusstva, Union of Real Art) member Alexander Vvedensky. Written in the most ruthless years of Stalin’s regime, when the OBERIU group was totally marginalized and constantly under the risk of arrests and executions, Vvedensky’s poetry and dramaturgy achieve the heights of rigorous humor. In them eschatology and catastrophe evolve into anarchic play, which paradoxically, instead of depression, articulates almost athletic energy. Vvedensky’s poetics undermines not only the semiological coherence of language, but also the conventional anthropology of enunciation, inventing a fantastic nonsensical semantics, which is not simply an absurdity, but a philosophic discovery of excessive being and added time of performance despite and after death. It is exactly in the mode of dying and the proximity of death that the tropes of humor and laughter emerge to their utmost. If for Beckett the temporality of the catastrophe causes a complete anemia of action and proposition, and its protagonists remain stuck in this negative empty blankness of being, hence “theatre” there becomes the utmost minimum of language, being, landscape, movement, Vvedensky’s catastrophe conversely becomes a form of paradoxical and joyous after-life, surpassing the end of the world; it is the temporality and ontology of idiots who leap out of the dead world and arrest time due to their rigorous incapacity to comply with the apocalyptic mood. The chapter divines in Vvedensky’s writing crucial methods enabling to exert such an effect by means of poetic and performative language.

Alexander Vvedensky (1904–1941) was a poet and dramatist, a legendary figure of Leningrad culture, a principal member of the OBERIU group, Union of Real Art, founded in 1928. Together with Velimir Khlebnikov, Vladimir Mayakovsky and Andrey Platonov, Vvedensky is one of the most radical innovators of the Russian language. He considered his own poetry a more powerful critique of reason than Kant’s. Vvedensky wrote several books for children. He was arrested in 1931 for belonging to the anti-Soviet faction of children’s writers and was sent into exile until he was released in 1936. In 1941 he was arrested again after being unable to board a crowded evacuation train. With other prisoners he was evacuated from Kharkov to Kazan and either died of pleuritis on the way or was accidentally shot by the guard. A substantial bulk of Vvedensky’s writing was lost. An important part of it was preserved due to the invaluable efforts of another member of the OBERIU group, Yakov Druskin. His complete works were published in 1993, edited by Michail Meilach (Vvedensky 1993). His first translation into English appeared in 2013, edited and translated by Eugene Ostashevsky (Vvedensky 2013).