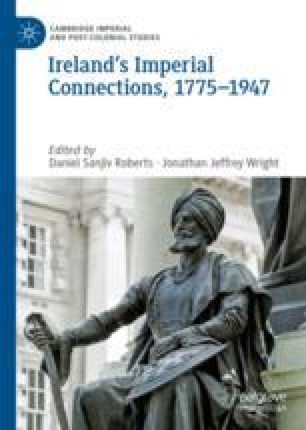 Walking to China: Infatuation and the Irish in New South Wales

Early accounts of convict transportation to Australia, and many more recent historical and literary treatments, reflect fascination, and bewilderment, with the figures of Irish transportees who attempted to escape, by foot, to China. This chapter contemplates those figures, and that attempt—not by way of explicating or resolving them, but in order to observe the links they render visible among infatuation, convict labour, Irishness, and circuits of pathological motion. When observers commented that the Chinese travellers were engaged in undermining the colonial enterprise, they were describing a form of resistance that was oblique in its vector and uncertain in its aims, but that bears mulling in relation to colonial and anti-colonial movements across the globe.