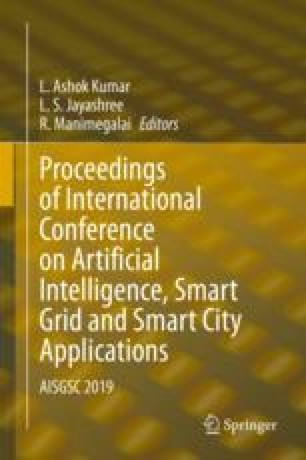 Spectrum Sensing Based on Cascaded Approach for Cognitive Radios

The swift growth in radio communication technology has drawn to scarcity in wireless spectrum. Literature points out that licensed spectrums allotted by regulatory agencies are underutilized in the allocated band of spectrum. Cognitive radio networks appear to be a promising solution to address the bandwidth scarcity and demands of wireless spectrum. Cognitive radios are confronted to maximally utilize the spectrum through sharing of spectrum with the licensed primary users (PU). The efficiency of cognitive radios mainly depends on the efficiency of the spectrum sensing plane, in which better spectrum utilizations are exploited. A hybrid approach of merging energy detection (ED)-based channel sensing and cyclic prefix autocorrelation detection (CPAD) techniques has cascaded in the way to boost the probability of detection, which is proposed in this chapter. Energy detection techniques implicate no prior knowledge of PU signals, less computational complexity, and low energy consumption but hold uncertainties at low SNRs (at −20 dB to 10 dB). The next mentioned CPAD technique is more robust at less decibels, but it requires a large number of samples yielding complexity and increase in sensing time. Consequently, ED and CPAD techniques, with an influence on the benefits of each technique, have been designed as cascading and implemented using the Universal Software Radio Peripheral (USRP) tool. On comparison, the probability of the detection of ED and CPAD at SNR ranging from −20 dB to 5 dB is around 0.3–0.9 and 0.6–0.9, respectively. The cascaded design has the probability of detection in the bound 0.7–1 for the same specified SNR. Spectrum sensing based on cascading a couple of detectors outperforms in detection probability compared to a single detector.