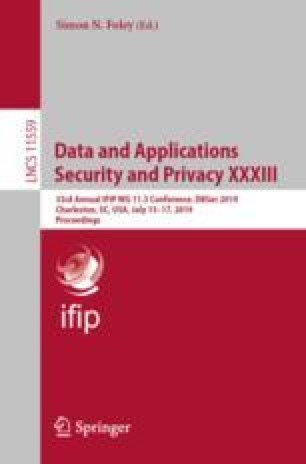 IFIP Annual Conference on Data and Applications Security and Privacy

This work has been partially funded by the ANR project CISC (Certification of IoT Secure Compilation) and by the Inria Project Lab SPAI.

B Active Policies and Transfer Rules

We say that an join operation is privacy preserving if the resulting policy is more restrictive than both operands. Formally,

In what follows we prove that the operation \(\sqcup \) is privacy preserving, Lemma 3.

We split the proof into the two conjuncts of Lemma 1.

We split the proof into the two conjuncts of Lemma 2.