The Illusions of Time 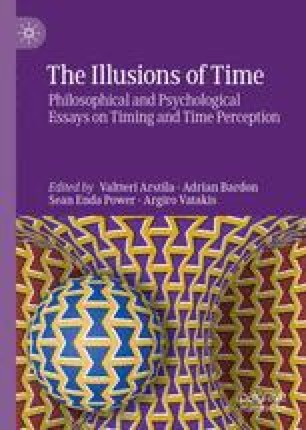 Why the Intrinsic Value of Hedonic Sensations Is Not Quantifiable

The intrinsic value of even the simplest hedonic sensations, sensations of physical pleasure and pain, is not quantifiable. It is not quantifiable because, in contrast to their duration, their intensity is not quantifiable. This is because sensory intensities do not have even a rough position on the same scale as their physical stimuli have a more precise position, as the durations of sensations have a rough location in time in which their stimuli have a more precise location. Consequently, there is an argument which demonstrates the non-transitivity of the relation of sameness as regards sensory intensity, but which is not applicable to their duration. This non-transitivity rules out the existence of a numerical scale along which sensory intensity can be even roughly plotted.

Cite this chapter as:
Persson I. (2019) Why the Intrinsic Value of Hedonic Sensations Is Not Quantifiable. In: Arstila V., Bardon A., Power S., Vatakis A. (eds) The Illusions of Time. Palgrave Macmillan, Cham