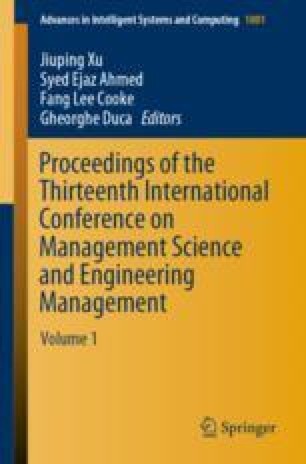 ICMSEM 2019: Proceedings of the Thirteenth International Conference on Management Science and Engineering Management pp 470-495 | Cite as

Partial Least Squares Models and Their Formulations, Diagnostics and Applications to Spectroscopy

Partial least squares (PLS) models are a multivariate technique developed to solve the problem of multicollinearity and/or high dimensionality related to explanatory variables in multiple linear models. PLS models have been extensively applied assuming normality, but this assumption is not always fulfilled. For example, if the response variable has an asymmetric distribution or it is bounded into an interval, normality is violated. In this work, we present a collection of PLS models and their formulations, diagnostics and applications. Formulations are based on different symmetric, asymmetric and bounded distributions, such as normal, beta and Birnbaum-Saunders. Diagnostics are based on residuals and the Cook and Mahalanobis distances. Applications are provided using real-world spectroscopy data.

The authors thank the editors and reviewers for their comments on this manuscript. This research work was partially supported by FONDECYT 1160868 grant from the Chilean government.

Reflectance spectroscopy is a technique that has been used since the beginning of the 20th century mainly by chemists to identify certain compounds and minerals. However, since 1970, and due to advances in the field of electronics and optics, this technique of detection and analysis of certain compounds and mineral groups began to take a privileged place in topics of investigation and exploration of mineral resources.

Basically, spectroscopy is a technique based on the behavior of electromagnetic field waves which are emitted, absorbed or reflected by a solid, liquid or gaseous body. All matter that is subject to radiation effects (such as a beam of light) undergoes a phenomenon of reflection and absorption of energy. Figure 12 shows the behavior of a beam of light upon striking a given body in which one part of this beam of light is reflected and the other part propagates within the body being absorbed or transmitted. Both cases are manifested in the form of electromagnetic waves that can be measured and analyzed. Figure 13 presents the electromagnetic spectrum divided by type and wavelength, such as gamma rays, X-rays, ultraviolet rays, visible zone and infrared rays, among others.
The absorption and reflection of energy of a molecule are due to the chemical and physical characteristics of this such as the distribution of its atoms, electrical composition, physical properties, etc. The spectroscopy often used in the analysis of minerals in rocks employs the waves considered as the visible zone (between 350 nm and 780 nm), and the waves considered as NIR (780 nm at 2500 nm). The absorption and reflection of the waves in these ranges are due to the vibration and rotation movements at the level of the atoms of each molecule subject to radiation. Thus, if the radiation frequency equals the natural vibration frequency of a given molecule, a change in the amplitude of the molecular vibration is generated by absorbing the radiation. In this way, each different molecule has a different spectrum. We can define a spectrum as a two-dimensional continuous graph whose horizontal axis represents the wavelength to which matter is subjected, and its vertical axis represents the percentage (or proportion) of reflectance. One of the main features that must be considered in any spectrum to determine and identify the presence or absence of its compounds is the absorption traits. These change the shape and depth across different wavelengths depending on the chemical composition of the analyzed sample, giving signs of presence of certain compounds as \(\text {OH}\), \(\text {H}_2\text {O}\), \(\text {NH}_4\), \(\text {CO}_3\), among others. These absorption ranges can be sharp, double and treble, simple and open, among others. Figure 14 presents the main ranges of absorption that can be found in the analysis of spectra. For example, Fig. 15 shows some typical spectra of different minerals, illustrating their different shapes and positions with respect to the wavelength of their absorption traits.

It is worth to mention that, in practice, it is difficult to find pure samples of a particular compound, since the rocks usually present a mixture of several minerals. With the reflectance spectroscopy method, it is possible to detect these combinations of minerals through the presence of different absorption ranges which are typical of certain minerals in the spectrum. Figure 15 displays an example of the association of dickite and alunite by the representation of their spectra, observing that the features are well defined and combined in the sample.

It is important to mention that obtaining clean and accurate measurements of spectroscopy lead to useful and reliable results. For this reason, the whole process of sampling and analysis of the samples must be correctly carried out. Therefore, for a correct interpretation of the spectra, the following considerations must be taken into account:
Some advantages of NIR spectroscopy method are the following: