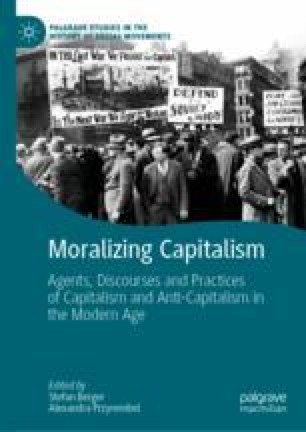 Moralizing Wealth: German Debates About Capitalism and Jews in the Early Twentieth Century

While interest in capitalism has been reignited, the supposed and actual beneficiaries of capitalism are widely disregarded by historians. This article argues that the construction of Jews as profiteers of capitalism permeates the critique of capitalism well into the twentieth century. This chapter focusses on the production of statistical knowledge about the wealthy as well as Werner Sombart’s controversial book Jews and Capitalism in order to analyse German narratives on wealth in the early twentieth century. The overall argument is that the public perception of wealth is deeply entangled with the political.