The Aftermath of Defeats in War 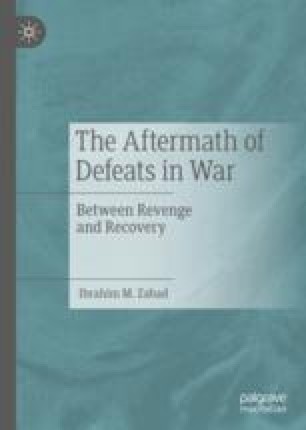 Hungary: The Cult of Defeat

This chapter shows how the Hungarian reaction to defeat was distinctly outward-looking with an obsessive fixation on territorial revision and the restoration of historic Hungary. Instead of treating defeat as an opportunity for renewal and learning, Hungarians framed it as a humiliating experience and a stimulus for revenge. This attitude facilitated and popularized extremist and revanchist movements which carried the banner of revisionism and made it into a daily practice and a profession of faith for citizens and elites alike. Throughout the interwar period, revisionism became the clarion call for rallying the masses—a call that completely absorbed Hungarian political classes, distorted political judiciousness, and induced illusions and unfounded hopes. Complete denial of guilt and responsibility triumphed. Self-exculpatory explanations were legion and popular. Intense feelings of humiliation, diminution, and resentment prevailed. Desires for revenge took hold of both the Hungarian masses and elites. Defeat was a major cause behind the emergence of a host of radical and violent movements and led to the emergence of reactionary, aggressive, and militarist Hungarian nationalism that ultimately made Hungary an early ally of Fascist Italy and later of Nazi Germany.