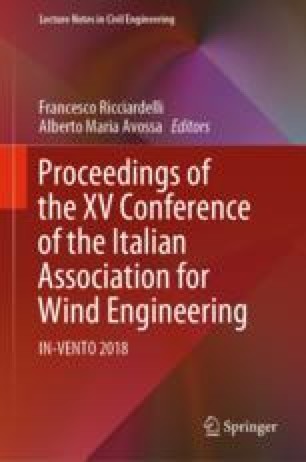 Conference of the Italian Association for Wind Engineering

IN VENTO 2018: Proceedings of the XV Conference of the Italian Association for Wind Engineering pp 454-482 | Cite as

From a structural standpoint, there is no doubt that the wind action is the main loading condition, governing all the dimensioning of any curtain wall single component. On the other hand, the wind action is sensitive to any curtain wall local shape discontinuity, or composition peculiarity, which may modify the load intensity on a micro-scale, but still important for structural safety.

On such respect, the structural engineer may have to cope with some recurrent issues:

Published standards are the main support to this activity, but this paper will show some frequent cases that are still missing, or just partially treated, in the international standards, like:

Examples from the everyday design work will be shown.

Cite this paper as:
Manara G. (2019) Some Topics About Wind Engineering that Curtain Walling Design Might Be Longing for in Standards. In: Ricciardelli F., Avossa A. (eds) Proceedings of the XV Conference of the Italian Association for Wind Engineering. IN VENTO 2018. Lecture Notes in Civil Engineering, vol 27. Springer, Cham