Memory, Identity and Cognition: Explorations in Culture and Communication 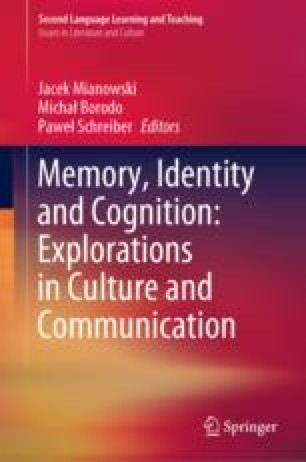 Memory, Identity and Cognition: Explorations in Culture and Communication pp 61-70 | Cite as

Wilde’s The Importance of Being Earnest is substantially different from his three society comedies, as it disposes of their lofty ideas and high-flown rhetoric and replaces it with the land of relativity and ethical rebellion where traditional values are undermined by dandies. Their controversial theories are reflected not only in their conversation and way of life, it is also their clothes and meals that reveal their specific philosophy of nonconformity. In Ulysses food and meals intertwine with disparate plot strands, enhancing the major motifs and delineating the characters’ natural disposition. Like the other characters in Joyce’s novel, Leopold Bloom and Stephen Dedalus are determined by their attitude to eating habits. In Flann O’Brien’s At Swim-Two-Birds, the subject of food is introduced as early as the first sentence of the novel, where the act of chewing bread is compared with the notion of a literary project. Thus the relation of aesthetics and ethics can be viewed from three different perspectives: Post-Romantic fusion, Modernist separation, and Postmodernist promise of a renewed reconciliation, which, in reality, proves to be a fake, imaginary imitation of integrity in the contemporary, disjointed world.