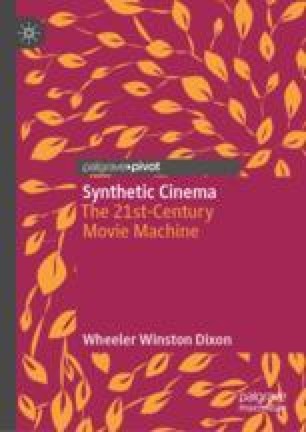 Slaves of Vision: The VR World

Films are becoming more and more like videogames in terms of spectacle and special effects, but without the game-playing aspect of controlling the narrative, the viewer’s interest almost immediately wanes. The essence of video game playing is control over the synthetic universe that one is immersed in. This explains why video games usually don’t translate well to the big screen, even in Imax formats, because there’s no interaction between the viewer and the image; it’s a passive experience. With synthetic cinema, the real world has been effectively shut out. It doesn’t matter where you are in a genuine physical sense because you’re no longer part of actual existence, having traded it in for a fantasy world.