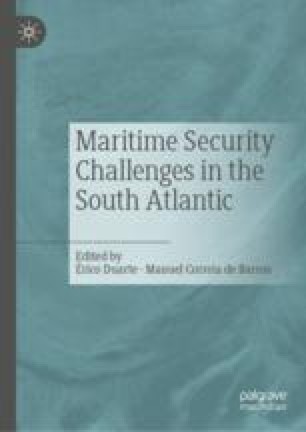 The chapter approaches neoclassic assumptions on coalitions dynamics and international prestige to unveil Portugal’s interests and agenda in pushing the North Atlantic Treaty Organization (NATO) to assume maritime security commitments in the Gulf of Guinea. That potentially rises the concern from region’s countries that South Atlantic becomes an extra-regional area of operations like the Gulf of Aden. That overlaps with the agenda of other South Atlantic countries, especially Brazil, which aspires to consolidate its role as a collaborative leader both in the South American continent and among the West African countries, especially among the Portuguese speaking ones, due to the common heritage and culture.