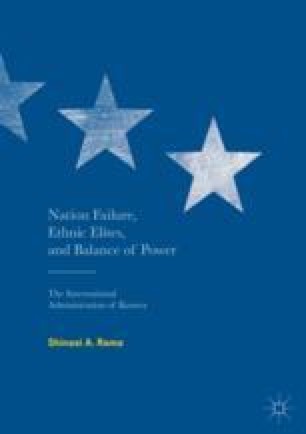 Failed Negotiations, Intervention, and Ethnocide: The Self-Fulfilling Prophecy of the Security Syntheses

In this chapter I focus on what happened during the period from the Rambouillet Conference to the conclusion of the NATO bombing campaign. I analyze here the change of the security syntheses of the Serbs and the Albanians, the psychological trauma, and the lasting effects of the war. The effect of the ethnic cleansing campaign was traumatic for both nations. The war was traumatic for the Albanians. The post-conflict period was quite traumatic for the Kosova Serbs as well. There is the obvious and the known dimension of the Serb-Albanian war which attracts so much attention in the scholarly analyses. The hidden and the unmentioned aspects of the campaign of intentional ethnocide, though, broadly defined as ethnic cleansing, that involved all the techniques of traumatization, instilling fear, dehumanization, and humiliation short of killing people, are not discussed much by scholars. The psychological trauma that was experienced by the Albanians was immense, enduring, and it led to their security synthesis and the political cleavages as well. This led to a shift in their security synthesis. The Albanians abandoned the Gandhian satyagraha non-violence and began to support the KLA and the Provisional Government. The nationalist fervor that has characterized Kosova in the post-war conflict makes sense only when the extent of what was perpetrated during the war is properly understood.