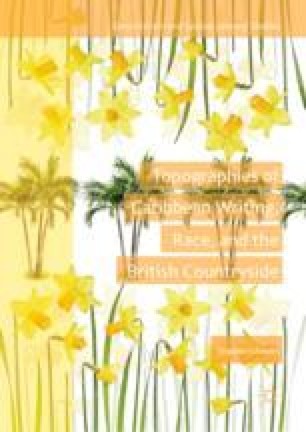 Topographies of Caribbean Writing, Race, and the British Countryside pp 91-113 | Cite as

This chapter shows how Derek Walcott’s poetry incorporates and is influenced by an English pastoral tradition, and this influence manifests itself in his poetry about the English and Welsh countryside. Walcott shows ambivalence towards Britain’s rural scapes, but with notable exceptions: in his accounts of Wales, for example, and in his later work. Generally, however, he describes England’s countryside in mixed, often pejorative, terms. Much of Walcott’s poetry also shows great intertextuality, where he engages in serious dialogue with form and genre of various poetical traditions, including English pastoral, which is another avenue of investigation.