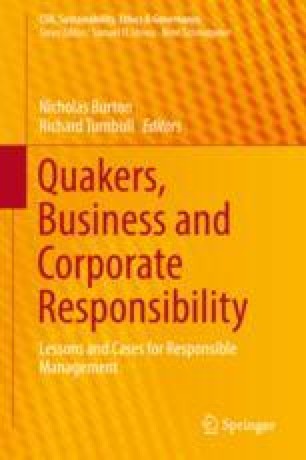 Scholar Maurice Jackson has written about prominent Quakers like abolitionist Anthony Benezet as having embraced European and American ideals of natural rights and that the Quaker examples of abolition and charity in the eighteenth century were examples of enlightened leadership. Jacquelyn C. Miller noted that even non-Quakers like Benjamin Franklin sought to identify with “Quaker philosophy” and embrace some of the leading Quaker values as exemplifying liberal capitalism and incorporating enlightenment ideas. Within Quaker enlightenment can also be found the instinct to protest publicly as well as the ability to raise controversial issues by not pushing their confrontation in an aggressive manner. But this paper looks at the issue of whether Quaker relationships with their ethical consequences with former US President, primary author of the US Declaration of Independence, and founder of the University of Virginia, Thomas Jefferson, in personal interactions, writing, and/or employment, did go far enough given in business and personal ethics some Quakers worked with Jefferson to oversee or supply products for Jefferson’s slave plantation.