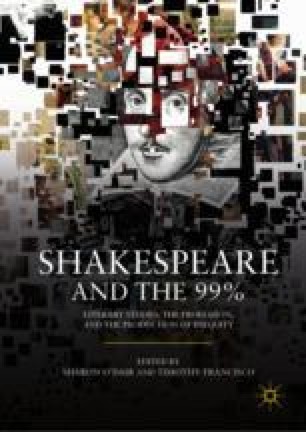 Who Did Kill Shakespeare?

This essay argues that the universally praised opening of the literary canon resulted in problematic effects for professors of literature and especially for professors of early literature, including Shakespeare. These include an attenuated distinctiveness of the field, the slighting of the past in favor of the present, and the undermining of professors’ authority and legitimacy. Opening the canon was done with noble intent, but as a result the academic 99 percent of Shakespeareans today find themselves teaching in departments of “English Studies” dominated by colleagues with no necessary commitment to literature or to literary writing. This essay asks that the academic 99 percent think of ways to rescue themselves and their students from the unintended problematic effects of democratization in higher education.