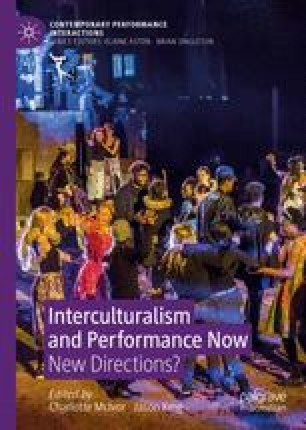 Colonial Restitution and Indigenous Vessels of Intercultural Performance: The Stalled Repatriation of the Akwiten Grandfather Canoe

This chapter examines the stalled repatriation of the Akwiten Grandfather Canoe, an ancestral artefact of the indigenous Wolastoqiyik or Maliseet First Nation in Fredericton, New Brunswick, that was taken to Ireland in the early nineteenth century and displayed in the Queen’s College (now National University of Ireland) museum from 1852. In 2007, the canoe was sent for restoration to the Canadian Museum of Civilization (now the Canadian Museum of History) in Gatineau, Quebec, when members of the St Mary’s Maliseet First Nation in New Brunswick learned of its existence and campaigned for its repatriation. Although it initially appeared that their campaign was successful and they greeted the prospect of its return with intercultural rituals of restitution and the creation of an exquisite replica, the Akwiten has remained in storage in the Beaverbrook Art Gallery in New Brunswick for almost a decade because of ostensible uncertainty about its ownership.

It argues that the act of restitution of indigenous cultural artefacts comprises a form of potentially equitable intercultural exchange that both acknowledges and seeks to make amends for exploitative past relations. The return of the Akwiten Grandfather Canoe also reveals, however, that the act of giving back can fail or stall if it is confined to a singular gesture rather than a renewed relationship between indigenous peoples and members of the settler culture whose ancestors had acquired their artefact. The chapter argues first that the creation and original exchange of the Akwiten in the early nineteenth century was inseparable from the extension of the trade and gift economy to colonial New Brunswick and the indigenous Wolastoqiyik or Maliseet First Nation. It also suggests that the act of giving it back has failed because of a lack of resource allocation on the part of its custodians rather than clarity about who its recipient should be. Ultimately, the case study of the Akwiten reveals the limitations of intercultural performance as a vehicle of reconciliation for exploitative colonial relations in the absence of any commitment to transform them beyond the gesture of restitution itself. As a “distinctly Maliseet” symbol that defines them against the pressure of erasure in European artistic tradition, an embodiment of indigenous knowledge, and an intercultural vessel in the making, the Akwiten belongs with the descendants of its creators whose craftsmanship and kinship is rediscovered in its replication.