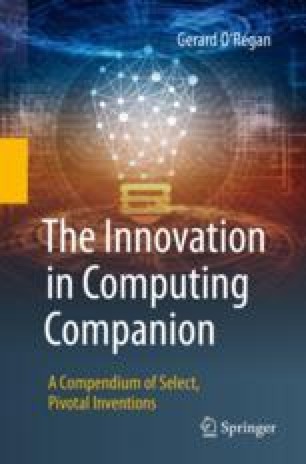 The Innovation in Computing Companion pp 217-220 | Cite as

The invention of the microprocessor was a revolution in computing, and it led to the development of home and personal computers. The early home computers included the MITS Altair 8800, the Apple I and II computers, the Commodore PET and 64 computers, the Atari 400 and 800 computers, the Sinclair ZX81 and ZX Spectrum, and the Apple Macintosh. The IBM personal computer was a paradigm shift in computing in that it placed computing power in the hands of millions of people. The previous paradigm was that an individual user had limited control over a computer, with the system administrators controlling the access privileges of the users.