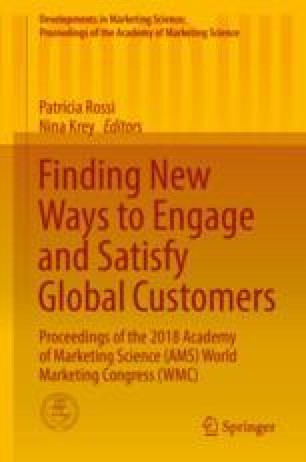 Can you imagine eating food leftovers from strangers? For many, the answer is a definite “No!” Yet, this is precisely what a small group of students from the University of Freiburg in Germany did. They justified their behavior as making a contribution to reducing the amount of food waste (Burfeind 2016). From a consumer behavior perspective, this is an interesting phenomenon. Studies have shown that food leftovers are shared, if at all, within the family (Cappellini 2009). Yet, most of the time, food leftovers are avoided and thus constitute food waste (Porpino et al. 2015). In this paper, we are interested in identifying barriers that seem to prevent consumers from choosing food leftovers from strangers in canteen environments and how these barriers can be influenced. Our aim is to gain a better understanding of food waste in general and food leftovers in particular.

In an apparel context, Argo et al. (2006) showed that the relationship between consumer contamination, i.e., the perceived contamination of a product caused by the touch of another consumer, and purchase intention is fully mediated by disgust. Argo et al. (2008) were able to show that this negative effect of consumer contamination can be reversed if a highly attractive person of the opposite gender has touched the product. We applied these results to our food leftover context and tested our hypotheses with data from an online experiment based on a 2 (level of contamination: low vs. high) × 3 (level of attractiveness of the first eater: less attractive woman vs. attractive woman vs. no woman visible) between-subject design with a control group (N = 248; 49.6 % women, Mage = 23.3 years). Our results show that consumer contamination leads to greater disgust, which by itself lowers the probability of choosing food leftovers. Even though we did not find a moderating effect of the attractiveness of the first eater on disgust, our findings suggest a direct effect of attractiveness of the first eater on the probability of choosing food leftovers.

In this paper, we used the unusual behavior of eating food leftovers from strangers, to gain a better understanding of food waste in general and food leftovers in particular. Even though this phenomenon relates only to a limited aspect of food waste, it demonstrates that food waste begins in the mind of the consumer. Hence, effective ways of reducing food waste at the consumer level should start right there.