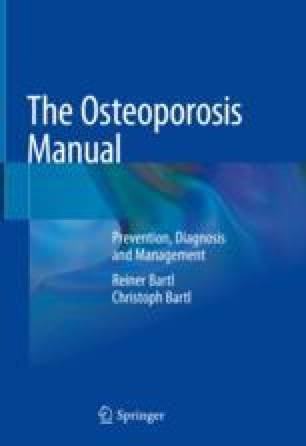 The Osteoporosis Manual pp 3-8 | Cite as

Evolution of the Skeleton

The earth had existed for about 4500 million years. This corresponds to about a third of the time since the creation. The oldest animal fossils (multicelled) come from the time 500–1000 million years before the evolution of mankind. A dive through the primeval sea about 600 million years ago would be very colourless and unspectacular. Ten million years earlier, the earth had emerged from an ice age which had lasted for many million years with glaciers at the equator. The earth had over many million years the same appearance of the Jupiter moon Europa today, whose whole surface is covered by a very thick layer of ice. Sunlight and therefore photosynthesis were blocked and totally absent. Living organisms had a difficult time, so only the simplest organisms could exist in the oceans. The seafloor was covered by a solid mat of bacteria, and along the coasts grew, by the photosynthesis of blue algae, huge chalk towers, “stromatolites”. There was no trace of higher, differentiated animals.