Dictionary of Statuses within EU Law 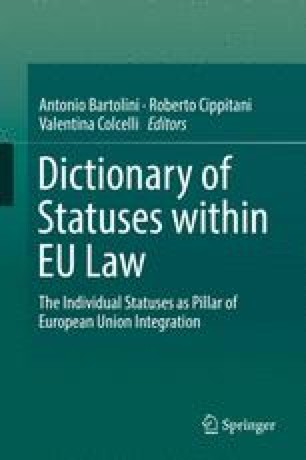 This chapter examines the definition of refugees in Germany. The German Refugee Law is, as in other parts of the world, influenced by both European Law and international agreements.

German asylum policies could not be understood without developments in European law. Since the first steps towards a European Community were taken, domestic regulations and laws have been continuously influenced by European agreements; at the beginning, the aim may have been European economic harmony instead of the promotion of common law. However, this was also the first-time sovereign states transferred power to another institution. Moreover, European states started to coordinate their law-making to achieve a consensus. In light of the Second World War, an astonishing but necessary development took place.

This article will investigate and demonstrate the steps taken during the development of the German definition of refugees and the legal process involved.