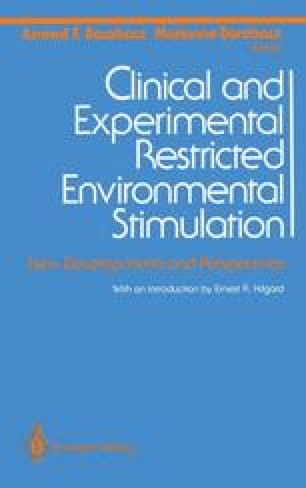 “If ‘cure’ from obesity is defined as reduction to ideal weight for five years, a person is more likely to recover from most forms of cancer than from obesity” (Brownell, 1980, p. 820). According to the second National Health and Nutrition Examination survey, 26% of all U.S. adults are overweight (Van Itallie, 1985). This percentage accounts for 34 million people of which 12 million are severely overweight, or obese. Successful treatments for obesity are rare (Nicholas & Dwyer, 1986; Stunkard, 1976, 1986). As with other habits such as smoking, initial improvement is most often followed by relapse (Brownell, Marlatt, Lichtenstein, & Wilson, 1986; Brownell, 1980; Collins, Rothblum, & Wilson, 1986; Colvin & Olson, 1983; Hartz, Kalkhoff, Rimm, & McCall, 1986; Stuart, 1971; Stunkard, 1976).

Food Consumption Weight Loss Program Total Caloric Intake Food Aversion Obese Female
These keywords were added by machine and not by the authors. This process is experimental and the keywords may be updated as the learning algorithm improves.
This is a preview of subscription content, log in to check access.