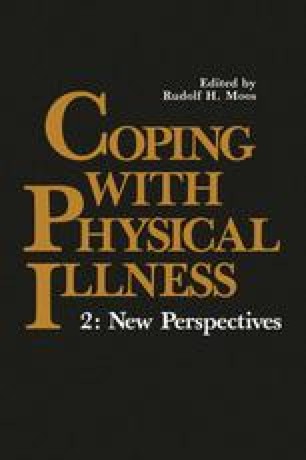 Mourning by the Family after a Stillbirth or Neonatal Death

Stillbirth is a common tragedy occurring in about one in 100 deliveries. Yet, after a stillbirth everyone tends to behave as if it had not happened. In hospitals bereaved women are usually isolated and avoided and then discharged as soon as possible. Although this is meant kindly, to protect the mothers from the painful awareness of live babies, it also means that the hospital staff do not have to face their own anxiety about stillbirth. Back at home, the family, friends, and professionals continue to avoid talking to the bereaved mother, depriving her of the talk that would help her mourn. There is silence. Statistical evidence shows that family doctors are astonishingly reluctant to know or remember anything about the patient who has a stillbirth.1 This avoidance by the helping professionals extends into neglect of the study of the effect of stillbirth on the mother and the family. There is a conspiracy of silence. We seem unwilling to come to terms with the fact that it is a tragedy which can seriously affect the mental health of a bereaved mother and her family. After the failure to mourn a stillbirth, mothers can have psychotic breakdowns, or there can be severe marital difficulties. Children born before or after a stillbirth where there has been a failure to mourn the stillbirth can have severe emotional difficulties. Many mothers have mothering difficulties with the child born subsequently.2 The surviving twin of a stillbirth faces profound difficulties in life.

Neonatal Death Mixed Feeling Bereave Parent Dead Person Live Baby
These keywords were added by machine and not by the authors. This process is experimental and the keywords may be updated as the learning algorithm improves.
This is a preview of subscription content, log in to check access.

Cite this chapter as:
Lewis E. (1984) Mourning by the Family after a Stillbirth or Neonatal Death. In: Moos R.H. (eds) Coping with Physical Illness. Springer, Boston, MA