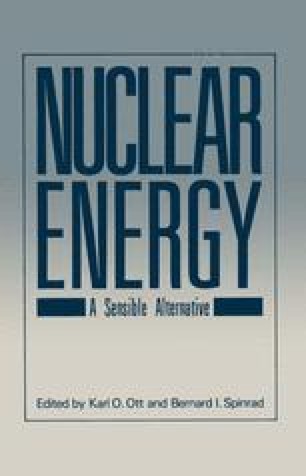 The Myth of Plutonium Toxicity

Plutonium is constantly referred to by the news media as “the most toxic substance known to man.” Ralph Nader has said that a pound of plutomium could cause 8 billion cancers, and former Senator Ribicoff has said that a single particle of plutonium inhaled into the lung can cause cancer. There is no scientific basis for any of these statements as I have shown in a paper in the refereed scientific journal Health Physics (Vol. 32, pp. 359–379, 1977). Nader asked the Nuclear Regulatory Commission to evaluate my paper, which they did in considerable depth and detail, but when they gave it a “clean bill of health” he ignored their report. When he accused me of “trying to detoxify plutonium with a pen,” I offered to eat as much plutonium as he would eat of caffeine, which my paper shows is comparably dangerous, or given reasonable TV coverage, to personally inhale 1000 times as much plutonium as he says would be fatal, or in response to former Senator Ribicoff’s statement to inhale 1000 particles of plutonium of any size that can be suspended in air. My offer was made to all major TV networks but there has never been a reply beyond a request for a copy of my paper. Yet the false statements continue in the news media and surely 95% of the public accept them as fact although virtually no one in the radiation health scientific community gives them credence. We have here a complete breakdown in communication between the scientific community and the news media, and an unprecedented display of irresponsibility by the latter. One must also question the ethics of Nader and Ribicoff; I have sent them my papers and written them personal letters, but I have never received a reply.

Wind Velocity News Medium Bone Cancer Relative Biological Effectiveness Nuclear Regulatory Commission
These keywords were added by machine and not by the authors. This process is experimental and the keywords may be updated as the learning algorithm improves.
This is a preview of subscription content, log in to check access.