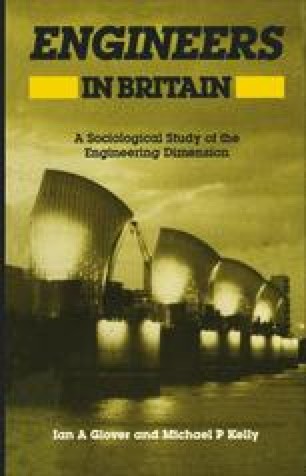 Engineers in Britain pp 3-9 | Cite as

Although the reasons are very different in each case, neither engineers nor sociologists have received much appreciation and recognition in Britain in the last third of the twentieth century. Nor do they appear to have had much respect for each other. Many engineers feel that sociology is politically motivated and unscientific; while sociologists impute blame to ‘technologists’ for many of the evils of industrialization such as the destruction of craft skills, exploitation, conspicuous waste, pollution, high levels of military spending, and for being servants of the irresponsibly powerful. This book is written in the belief that the majority of the criticisms, from both sides, are unfair or wrong, and in the hope that practitioners and teachers of engineering will come to see that the study of sociology has something to offer their students.

Engineering Education Engineering Student Military Spending Liberal Study British Economy
These keywords were added by machine and not by the authors. This process is experimental and the keywords may be updated as the learning algorithm improves.
This is a preview of subscription content, log in to check access.