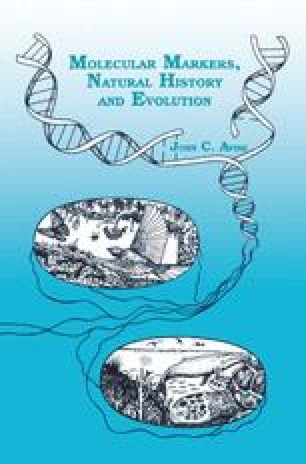 In the final analysis, concerns about the conservation of biodiversity represent concerns about the conservation of genetic diversity. As we have seen, this genetic diversity is arranged hierarchically, from the family units, extended kinships, and geographic population structures within species, to a graded scale of genetic differences among reproductively isolated taxa that have been separated phylogenetically for various lengths of evolutionary time. As we have also seen, the visible external phenotypes of organisms are not an infallible guide to how this genetic diversity is partitioned. Ironically, even as we gain the molecular tools to assess genetic heterogeneity in new and exciting ways, the marvelous biodiversity that has carpeted our planet is being lost at a pace that is nearly unprecedented in the history of life, due to direct and indirect effects of explosive human population growth (Ehrlich and Ehrlich, 1991).

Endangered Species Green Turtle Conservation Genetic Gray Wolf Marine Turtle
These keywords were added by machine and not by the authors. This process is experimental and the keywords may be updated as the learning algorithm improves.

Modern biology has produced a genuinely new way of looking at the world..to the degree that we come to understand other organisms, we will place a greater value on them, and on ourselves.