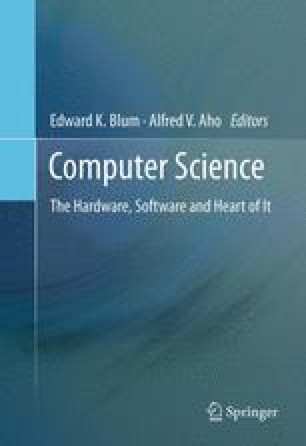 Programming for Distributed Computing: From Physical to Logical Networks

The first programming languages predate computers and were mostly used as a form of mathematical reasoning. With the advent of modern electronic computers, programming languages became prominent as tools to specify and control the behaviour of these machines. A programming language is an artificial language that makes use of the functions that can be performed by a machine and allows one to express algorithms precisely. Early languages (see Chap. 4) were Fortran (1957) and Algol (1958), which were used for numerical computations. Cobol was issued in 1962 and optimized for business applications. Many other influential languages emerged from the late 1960s to the late 1970s, among them Simula (which introduced object-oriented programming), C, Smalltalk, Prolog (the first logic programming language) and ML (realizing a polymorphic type system on top of Lisp). Each of these languages spawned an entire family of descendants, and most modern languages count at least one of them in their ancestry.

Programming Language Shared Memory Parallel Programming Message Passing Interface Message Passing
These keywords were added by machine and not by the authors. This process is experimental and the keywords may be updated as the learning algorithm improves.
This is a preview of subscription content, log in to check access.