Science and Technology in Homeric Epics 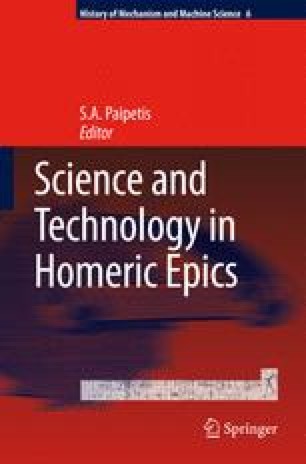 Science and Technology in Homeric Epics pp 451-467 | Cite as

Homer and the So-Called Homeric Questions

Euclous, the very ancient soothsayer, also called Empyrivitis, had predicted that Homer “will be immortal and ageless for ever … ”. Indeed, humanity never ceased dealing with Homer. Even nowadays, in our materialistic society, Homer becomes more and more the object of studies, research, discussions, conferences, and symposia. From Japan to Scandinavia or Australia, Homeric poems editions succeed one another in ever increasing numbers and selling indices. For many centuries a great deal of researchers and commentators are dealing not only with the translation and commentary of the Iliad and Odyssey but also with the various so called Homeric questions, namely: Has Homer ever existed? What does the word Homer mean? Was “Homer” one or more persons hidden behind this name? Were there two poets, one who composed the Iliad and another who composed Odyssey or the same person composed both? If Homer was a real person, when did he live? Where was he born? Was Homer blind? Have Homer epic poems been written or have they been disseminated verbally? What is the Homeric Ithaca? Did Ulysses ever sail out to the ocean? We shall try to answer these questions briefly, based on ancient Greek literature, ancient commentators and of course on specific references of the Homeric poems themselves.

Silver Coin Great Poet History Index Gibraltar Strait Epic Poet
These keywords were added by machine and not by the authors. This process is experimental and the keywords may be updated as the learning algorithm improves.
This is a preview of subscription content, log in to check access.